Catfish on the Ebro by Simon Gibson Catfish on the Ebro

As we drift into the summer months, I’m reminded of my recent trip to Northern Spain last September.

I was lucky enough to be invited along with a group of veterans that had been making the same journey to both the Ebro an a few different carp lakes in France.

This year however the mighty River Ebro was the destination, a river that’s runs right through the heart of Spain from the Pyrenees Mountains to the Mediterranean Sea.

It was at a friend’s carp lake while under the influence of a few beers we decided we would take this trip. Having been to France with them the previous year I knew I was in for a good trip with great company. 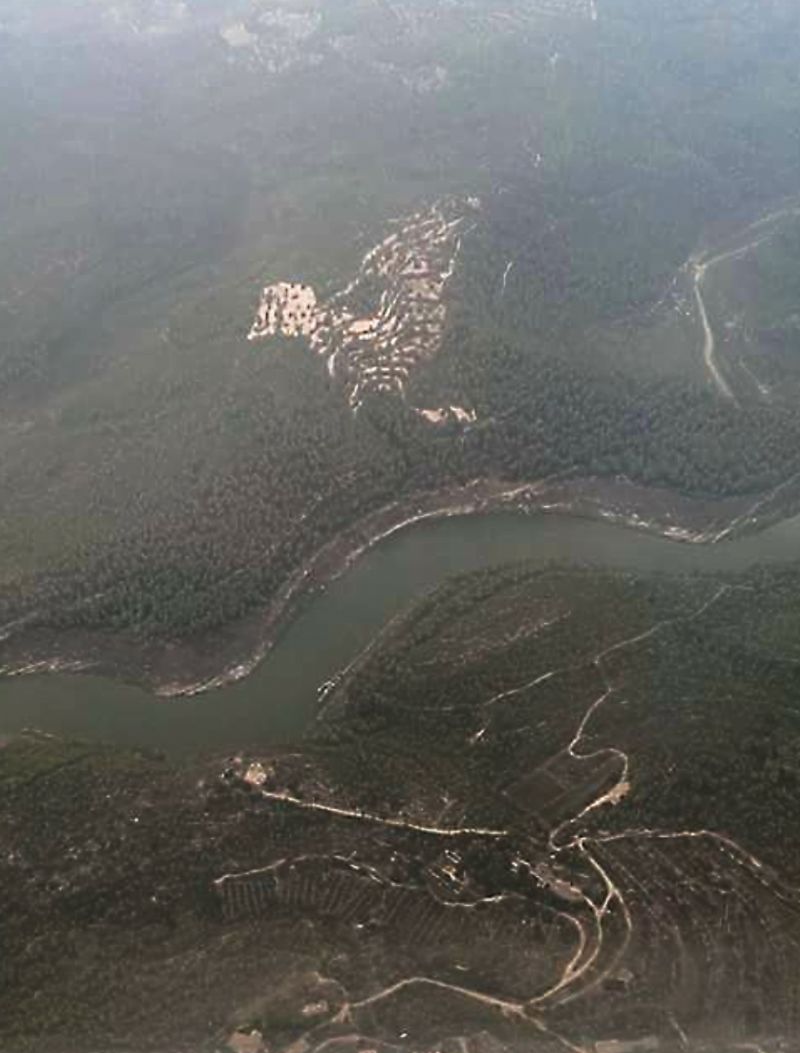 Aerial view of the River Ebro

Now the Ebro has always been on my radar from a young age and the thought of hooking into one of these monsters had me drooling.

So the date was set and the all-important green light was given by the “other half”. The following few months dragged by and the closer the date got the more excited I became. One thing you will need without a doubt is some sort of insect repellent as the mosquitos can be nasty.

We flew direct from Dublin to Salou were we met our guide for the week. The place we were staying is called Riba-roja d'Ebre, a mountainous area in southern Catalonia. It was an old and beautiful place with some breath-taking scenery, from old churches to vineyards, an even though it was late September the temperature was still around 20 degrees, which is fine as I’m not a fan of the heat. 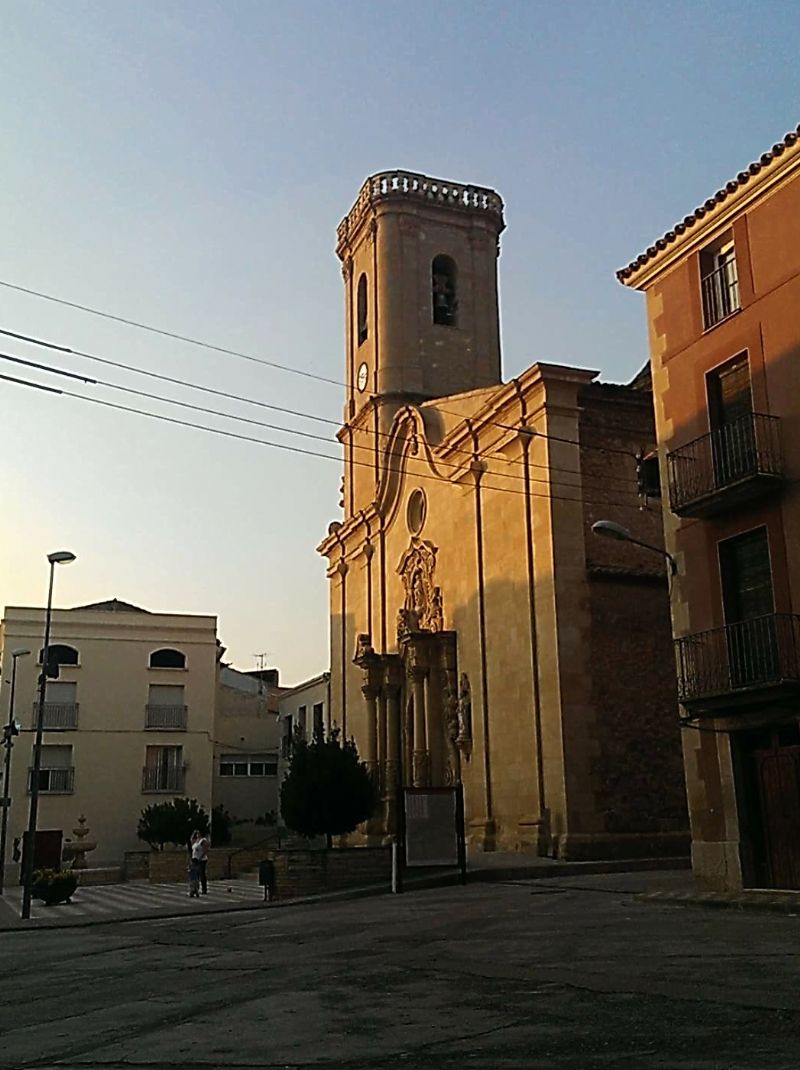 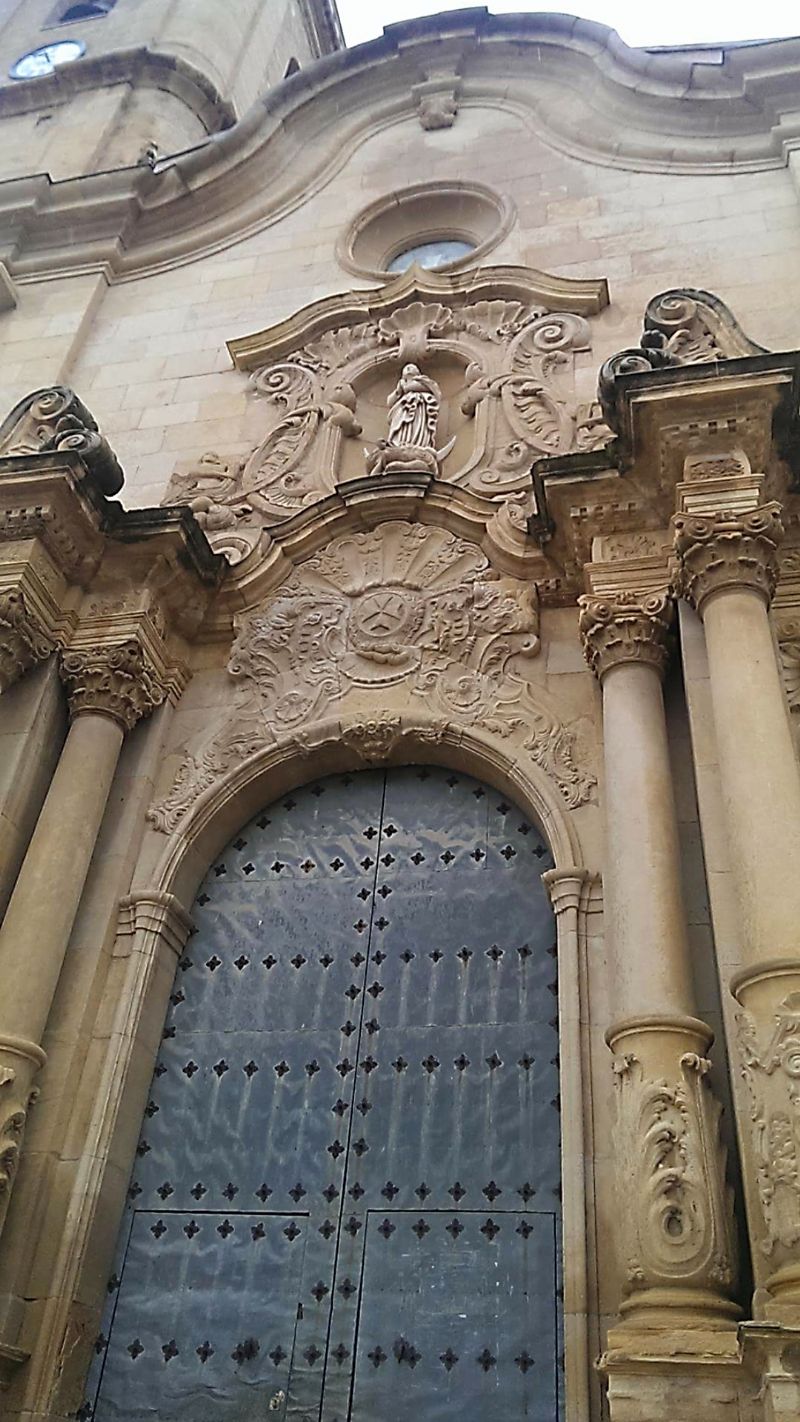 Some of the local architecture

We had arrived late due to delays in the airport, so our scheduled fishing on the first day was put on hold until the following day. This gave us a chance to sample some of the local night-life. Now this place doesn’t have clubs on every corner, just a handful of bars and restaurants some of which the food is out of this world. All the locals are very friendly and you don’t have to go very far before running into other anglers from around the world, all there in search of the legendary Wells Catfish. Our first morning was met with one of the best sunrises I have ever seen. A thick mist, which came down from the mountains was starting to burn away from the heat of the rising sun, it’s views like this that remind us why we go fishing. Good for the soul. 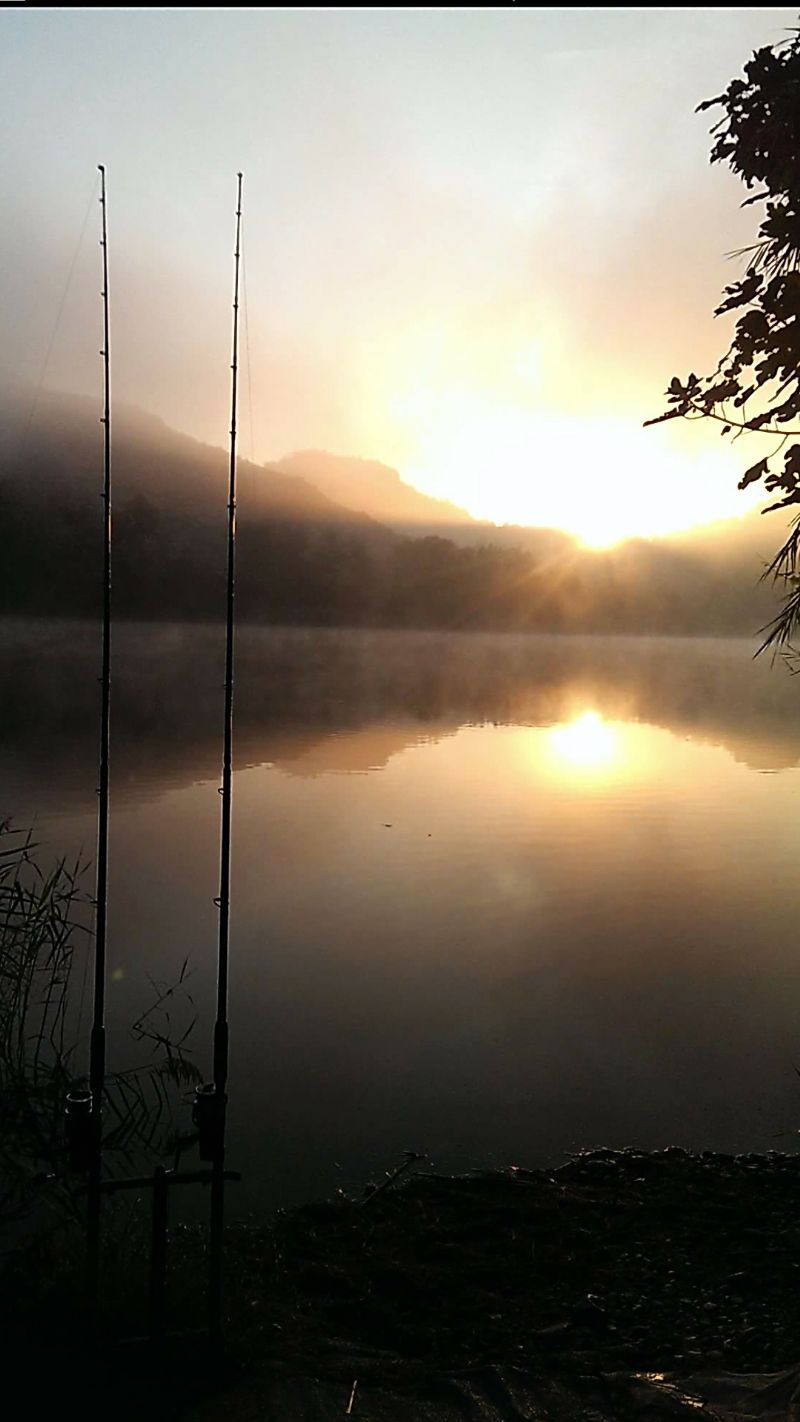 Sunrise on the Ebro

Now I have fished for some big fish in my time with some hefty gear but when I see the Marlin rods and the huge Shimano pit reels loaded with 100lb braid, the realisation set in that with a bit of luck I would soon be in a tug of war battle with a leviathan from the deep. My biggest fish before this trip was a 44lb tope, and I was confident that by the end of the week I would have broken that. Now given the size of this fish you would imagine the bait to be quite large also, but apparently the best baits on this stretch are the huge nugget-like pellets which are fished using a hair rig, so basically carp tactics only in a much larger scale. We had a bag of drilled pellet for hook-bait and about six large sacks of standard non-drilled pellet which were launched in the swim in large quantities using a scoop/throwing stick every few hours. My guide again informed me this was the best method to draw the catfish into the swim. 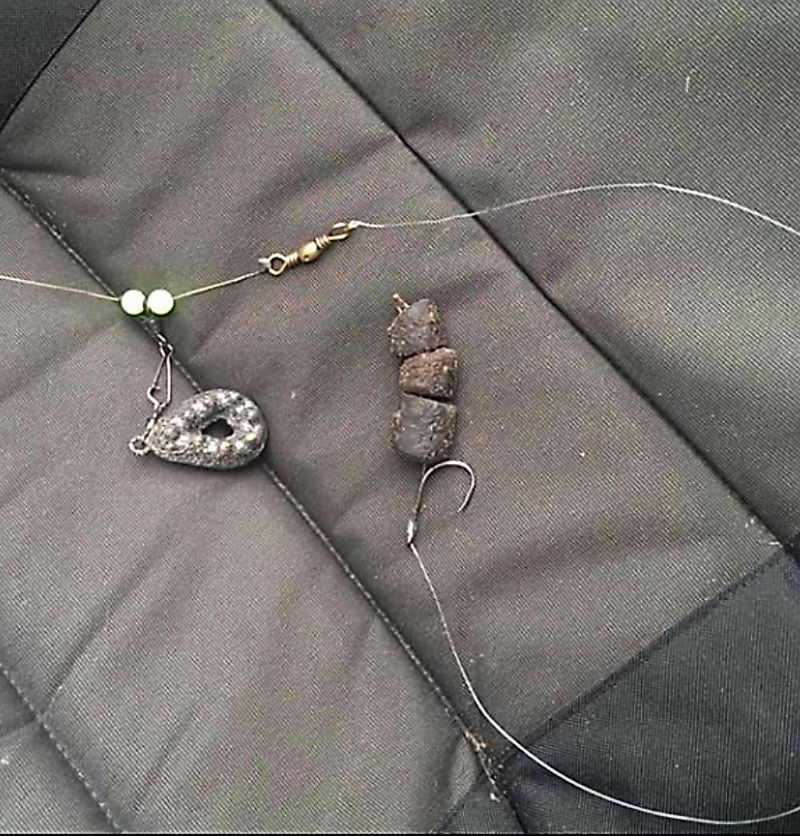 It didn't take long before there was some interest shown in the bed of bait as there were a few knocks and bumps on the rod tip, another few knocks later and finally the rod buckled over, with the drag on the reel screaming under the strain of a combination of a catfish, and also the flow of the Ebro (which is a force in itself). I lifted the rod and set the hook knowing straight away it wasn't one of the monsters this place had to offer but it gave a great account of itself none the less. It was a first of a species for me, only a kitten at 29lb but I was off the mark and over the moon! First fish of the trip and just a kitten

The rest of the week was much of the same with fish from 20lb to 80lb, however on one of the days one of the older guys in the group hit the jackpot with a fish of 129lb, a proper zoo creature and scary to think only half the size that they are able to grow to! On the last day, and being a little adventurous I decided to try something a little different. We had also been fishing for Carp in the margins using standard carp tackle with no success so I decided to put one of the pellets on and cast into the bed of bait of which the catfish were feeding. It didn't take long before the alarm screamed off and I was into something that was taking off across the Ebro. Now bear in mind, all week I had been playing these fish on heavy tackle which was built for the job but now I'm hooked into one on a 3lb test rod and 30lb braid!

I have never seen braid peel off a reel at that pace before, so much so I tried to slow it down with the tips of my fingers resulting in burnt fingertips! I really did think I was about to run out of line but just before I thought all was lost the fish finally started to tire, allowing me to recover some line. Now all I had to do was fight this fish which was at one side of the Ebro an me at the other.

Time started to tick by and after what felt like an age, I was making ground on the fish although it still had plenty left and continued to make diving lunges. This fight was now entering into 30mins plus, and my arm and back were really starting to cramp, my longest ever fight with a fish.

We finally saw some colour and I realised that this was my biggest fish of the trip, not to mention my life.

An 80lb cat ready for release

Finally we got the fish banked weighing in at 68lb, not a monster by the Ebro standards but I was informed by our guide that it was a record for his stretch of river. The biggest cat he had seen caught on carp gear was 52lb when the majority of the time they simply break the line. My arms were done and I didn't fancy doing that again. So after a quick picture I returned the fish and took a well-earned break. 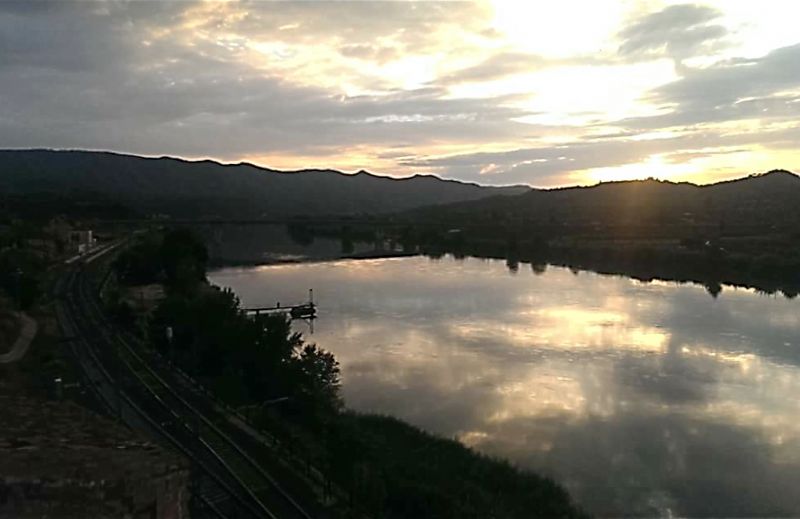 Sunset from the apartment balcony

That night was our last night of the trip, so I could at least feel half satisfied but of course I would have loved to have broken the 100lb barrier. I felt slightly let down that our guide didn't have the facilities for us to camp, or even a boat to try some lure fishing for zander or bass which is something I had looked forward to, so next time that will be a priority for me. 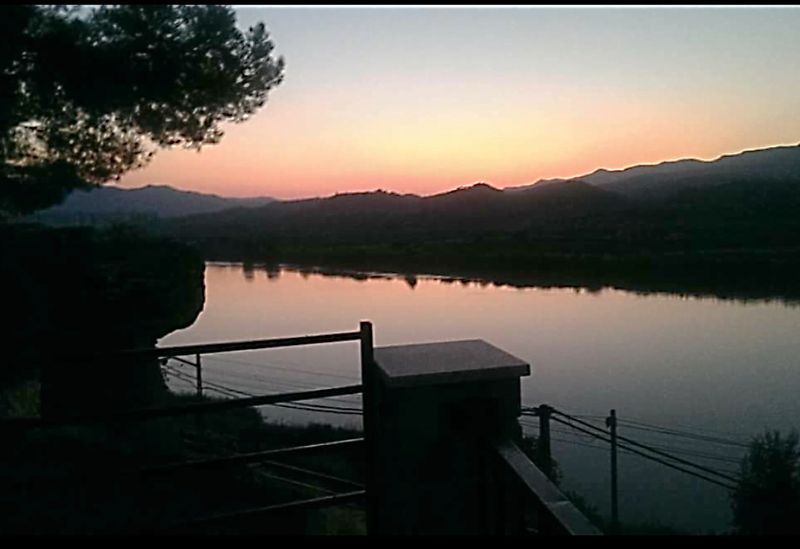 The Ebro has left a serious impression on me with its stunning beauty; it is a real force of nature. This was my first trip here but certainly not my last. I have unfinished business and with the fish growing larger each year, who knows what I’ll encounter on my return.