The body is almost plate-like in shape, with huge “spiky” dorsal filaments. The pectoral fins are long and the camouflaged pattern helps this species to blend in with its habitat. There is a large dark spot on each side, near the centre of the body. It has a large head with a telescopic, almost tube-like mouth when extended. 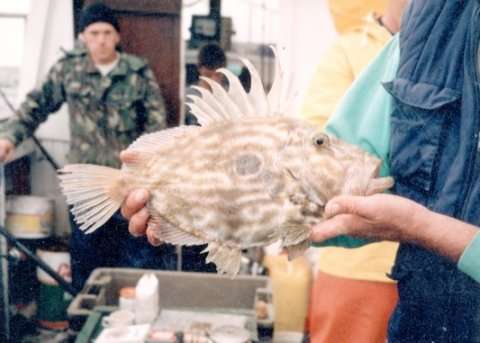 I netted this one for Pat O'Callaghan out of Killybegs

What a spectacular looking fish, and a spectacular Latin name to go with it! John Dory prefer the rough ground habitat, where they lie in wait amongst the reef and kelp weed, ambushing un-wary bait fish, Sand eel and Launce as they pass by. Just look at them and you will see the unusual shape of the body, the camouflage patterns and the amazing telescopic mouth parts that are able to extend a quarter length of the body!

They will show up almost anywhere around the Irish coast, but are quite difficult to target as an individual species. Most are taken by accident when seeking Pollack, Cod and other target species. Notable areas are Killybegs, Loop Head in Carrigaholt, Brandon Head and Hook Head. 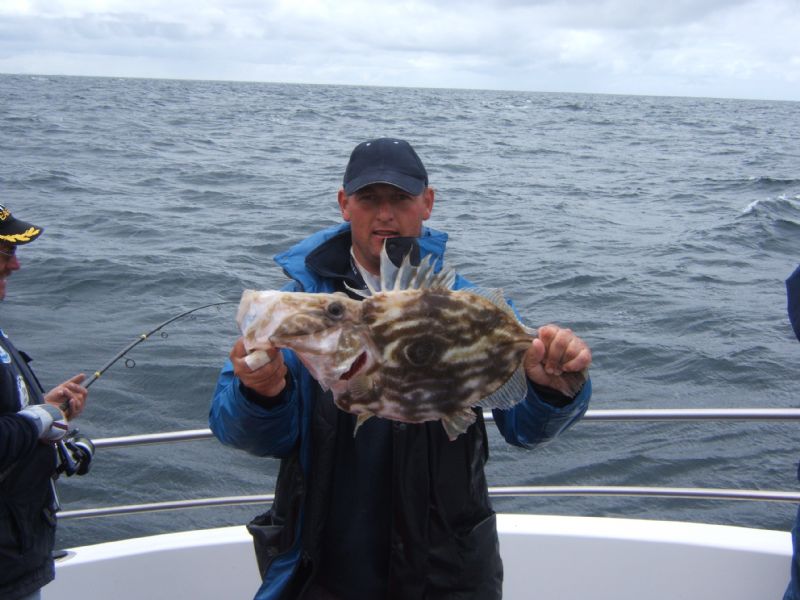 Thanks to skipper Luke Aston for this photo

Most are taken from early summer, but will turn up through the season into autumn.

As an ambush predator, this species is usually taken while Pollack fishing, and can be caught on jelly worms or a flowing trace with a long, thin strip of mackerel belly strap, and sometimes baited feathers. Interestingly, quite a few specimens have fallen to a pirk jigged over broken ground.

The only John Dory that I have seen, and I landed it for the skipper, was with Pat O’Callaghan out of Killybegs, and this was taken on a Mr.Twister black jelly worm, with a red tail. Retrieving a lead-head on a spinning rod, baited with fresh Mackerel strip would be a good alternative, targeting kelp beds and reefs around major head lands. They are a difficult species to target as most are caught by accident.