Mackerel on the fly 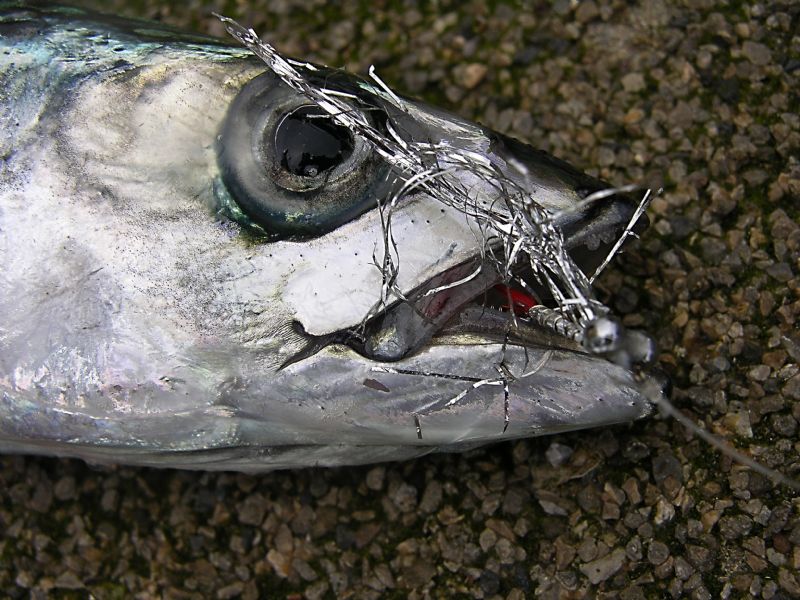 Mackerel on the fly

Having recently achieved an old ambition of landing a Blue Shark on a fly rod, it led me to fondly reminisce of a trip some time ago when I had the opportunity to target Mackerel on the fly.

As I prepared to launch the Fast Fisher at the slipway in Portaferry, my angling mate Ryan Jones rang to ask if there was anywhere worth shore fishing. He was feeling a bit low and wanted to “get his head showered” as they say here in Ulster. “Better than that” I told him, “why don’t you quickly meet me at the harbour and we can take a run out on the boat”! 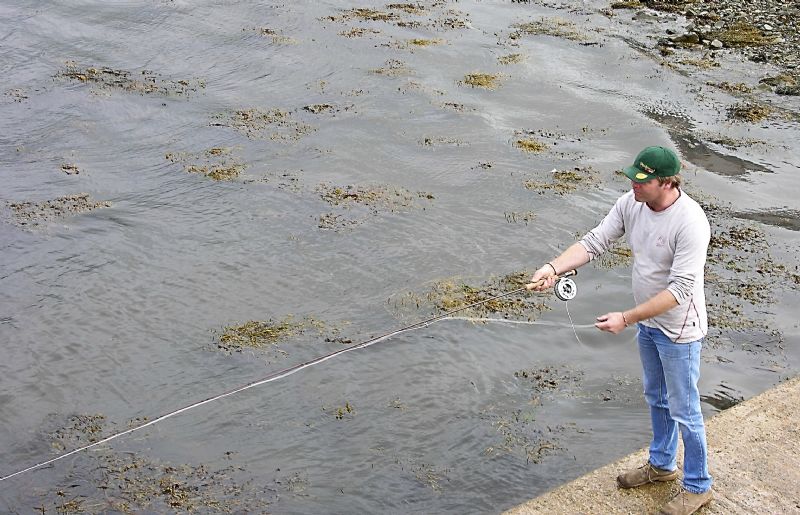 Dropping a Rainbow Trout Lure amongst the Mackerel shoal

He was an hour away but I said I would hang about. Looking around the harbour, some fry scattered on the surface, and with a closer look I spotted the predators causing the chaos, a decent shoal of Mackerel were rounding up the bait fish and driving them onto the slipway for easy pickings. 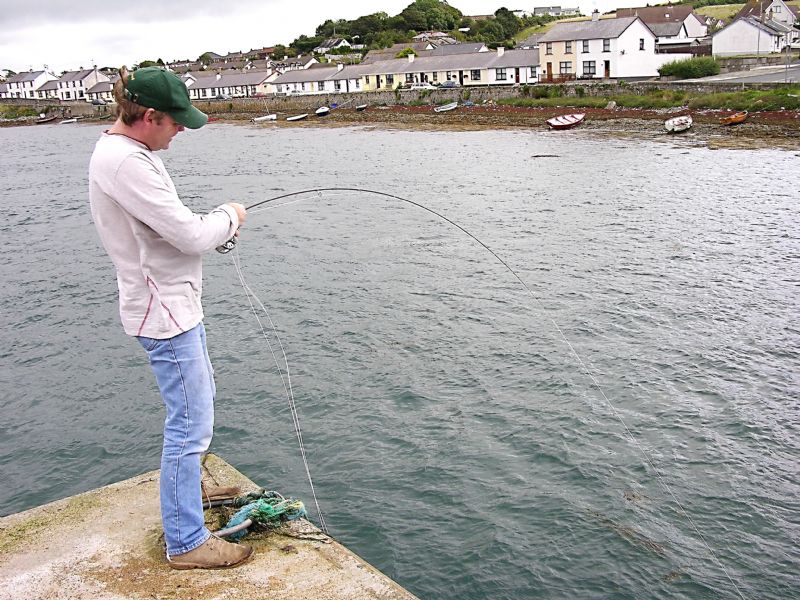 Awesome fun on the fly rod, this was a 7 weight, perfect

I then remembered I had a fly rod in the jeep from a previous Seatrout adventure, perfect! Within a couple of minutes, I was putting a fly line out and over the shoal, with a garish weighted silver something or other to imitate a herring fry. “Bang” and straight in to a hard hitting mini-tuna. 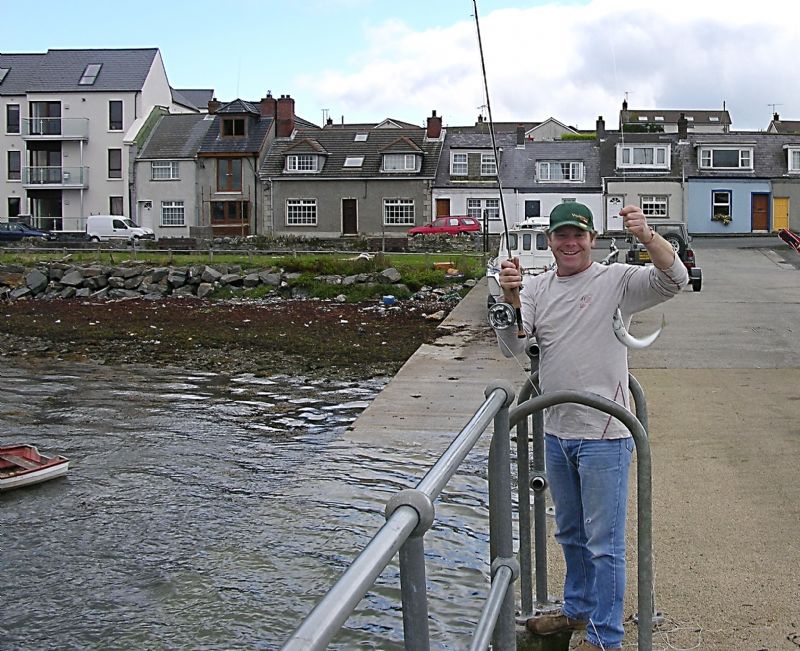 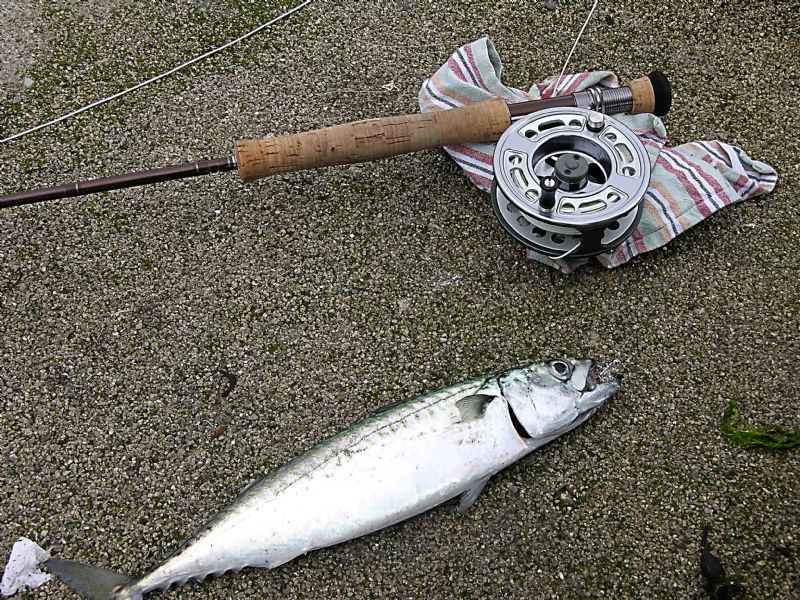 Even remembered not to damage the reel!

Now, I realise Mackerel aren’t exactly the hardest fish to target, I once landed several on a suitcase key and a hand-line when I had no lures and cobbled a trace together with whatever was lying in the car, but the opportunity to target one or two from the shore on a fly rod rarely presents itself, and what fantastic scrappers these wee powerhouses are on balanced gear! The fun involved is not to be under estimated! 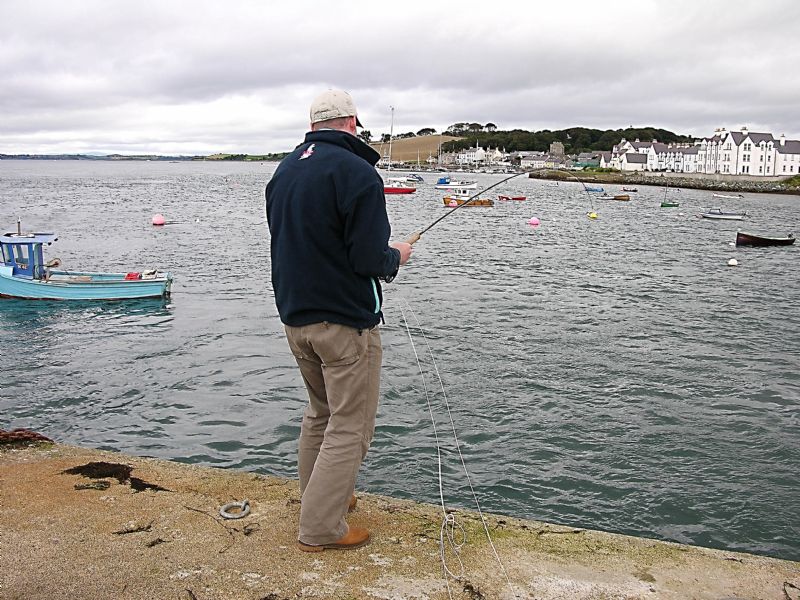 Ryan appears on the scene, lucky I landed a few before he got here!

All too soon Ryan showed up, he’s a great friend, but with only one fly rod I knew it wouldn’t be long before I had to hand over the gear! He looked at me in disbelief, standing at the end of the pier with a fly rod, but once he realised what was happening, as I swung in another fish, I soon had to hand it over. 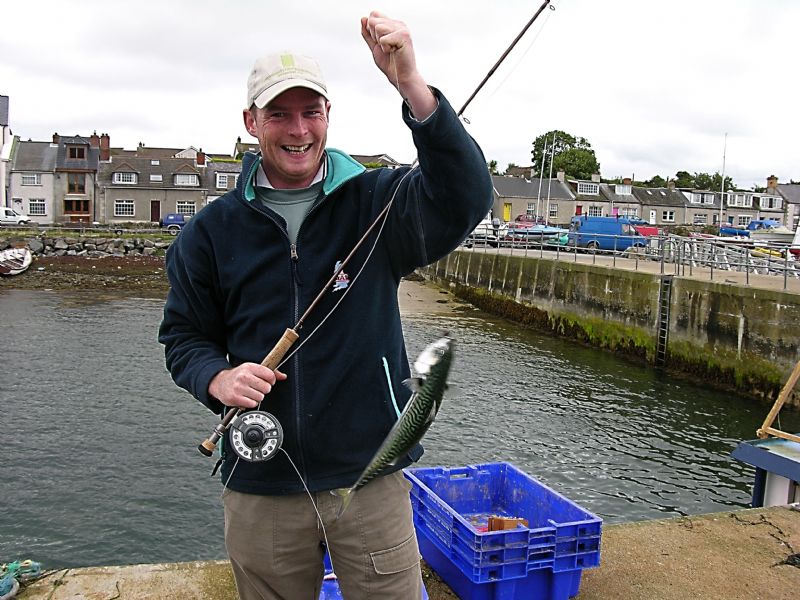 Spot the smile, it's what fishing is all about

Almost any weighted, silver trout fly will catch a Mackerel

We messed around with the Mackerel for a couple of hours, and to be honest, it was better fun than the boat trip as things worked out. It just goes to show what I regularly say; it doesn’t take much to keep an angler happy, a few hard fighting fish on balanced tackle, awesome. Ryan thoroughly enjoyed the experience and later headed home in high spirits, job done!