I cut my teeth, as they say, on the slider method of float fishing, many years ago on the famous Newry Canal, under the tuition of match angling greats such as Alan Ross, Jimmy Douglas and Jonty Price.

At that time, and I am talking about the nineteen seventies, the canal was a difficult, but rewarding match venue. With literally miles of water and easy access, the canal proved a popular spot, producing decent bags of Bream, with individual fish averaging between one and two pounds.

In those days, many anglers had not really grasped the full potential of feeder fishing and most angling was performed with the float rod. However, at that time, the canal at Newry averaged twelve to sixteen feet deep beyond the first ledge, and up to thirty- six feet deep in the Albert Basin. As you can imagine, this would cause problems when using the float and a twelve-foot rod, so the slider was the main method of targeting bottom feeding Bream. When we, as match men finally caught up with the rest of Europe in the use of long pole, short line tactics with the twelve metre roach pole, along with finer tuning regarding feeder fishing, the use of the float rod and slider became more or less redundant. This was a pity, as this method can be such a pleasure to use when conditions are suitable. 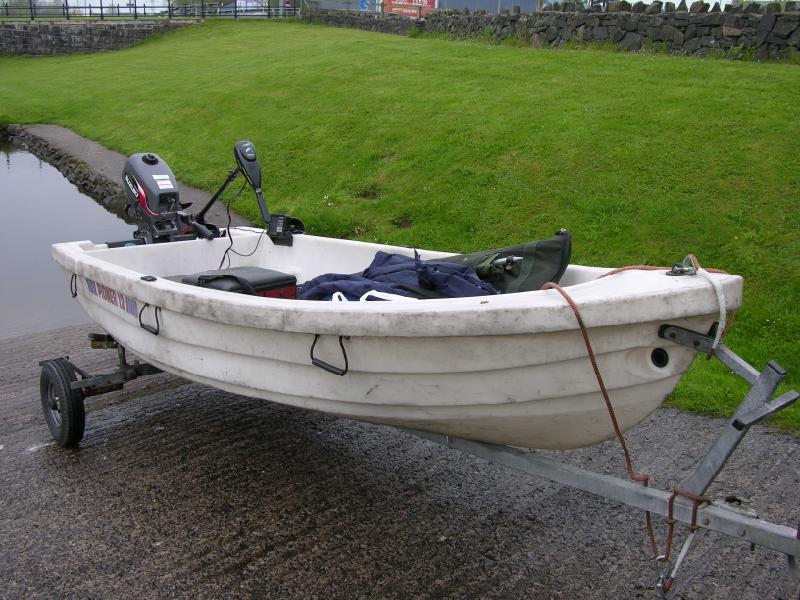 Such conditions occurred on a recent trip to Lough Beg, County Antrim. I took my small pioneer boat on a solo journey down the River Bann and into the lough in search of Roach/Bream hybrids. The sounder eventually identified a small mark of fish lying in seventeen feet of water, near to the shore. I pulled the boat up the bank and began the arduous task of assembling the array of tackle necessary for a full day coarse fishing. Normally, with a deep mark such as this, the feeder rod would be set up without a second thought, but on this occasion, daring to be different, I decided to dig out the old float rod for a nostalgic trip back in time, and to re-test my abilities with the slider. For any anglers who have never used the slider, it is basically used, as the name implies, to allow line to slide through the float to the required depth. The float is usually a bodied waggler, carrying a weight of four to six AAA, attached bottom end only by feeding the main line through a tiny, rotating swivel at the base of the float. Bead and sliding stop-knot, but you can use power gum or rubber float stops

Above the float, I use a small bead which acts as a buffer between swivel and stop knot. Many anglers use power gum as a sliding stop knot but I prefer a piece of six pounds nylon attached to the main line using a grinner knot. In my experience, a power gum knot tends to fall apart after it has been moved up and down the main line a few times, whereas light nylon will stand the rigours of a days angling, and also pass easier through the small rod rings of a modern float rod.
Below the float, I begin with a spade end hook attached to about ten inches of hook length, size and strength depending on bait used, and species sought. In this case, Hybrids, so a size fourteen hook tied to two and a half pounds nylon would fit the bill. I have always used spades as the whip finish allows the hook to sit well on the hook length, and the knot has never failed. Spade-end hooks, when attached correctly, sit well, in perfect line with the hook-length

Directly above the hook length, I pinched a number five split shot, known as the “tell tale.” This dropper shot can serve a multitude of purposes, but in this case, it will indicate any lift bites and also help to anchor the bait to the lough bed. Bream and Hybrids tend to prefer a motionless bait. Twenty inches above the hook, I pinch on two number fives, together. These will balance the set-up during the cast and help the bait descend in an arc as it sinks through the lower levels. Finally, we are left with the amount of lead shot required to actually “cock” the float. This is known as the “bulk” shot and is positioned about thirty inches above the hook. A tip worth noting is to pinch another small split shot approximately six feet from the hook that allows the float to rest upon. I find that it keeps the float away from the business end whilst casting, helping to avoid tangles. The float will also “cock” much quicker. With the set-up complete, how did I do on the day? All swims are different and no two days are the same, but I began by plumbing the exact depth that allowed the tell tale shot to drag slightly on the lough bed. This is simply carried out by adding a swan shot to the tell tale, and adjusting the sliding knot with each cast until the float sat perfectly on the surface. Satisfied with this, I introduced eight, orange sized balls of feed directly over the float, hoping to kick start the fish into feeding, with a golf ball sized ball added every five minutes, laced with sweet corn, hempseed and a few maggots. It took about half an hour of feeding in this way before the float lifted an inch, then buried out of sight as I lifted into a sizeable fish. The slow, steady fight told me that this was likely to be a Bream rather than a Hybrid, which proved correct as a three- pound Bream soon slipped into the landing net. Hybrids were the target, but Bream were equally appreciated, as the memories of Newry Canal came flooding back to me. I remember thinking it must be at least twenty- seven years since I last fished this method, and of course, it works now just as well as it did all those years ago. Fsh on, great to see the slider in action again

Out of interest, I set up a feeder rod and fished the same way in a swim thirty yards to my right, just to see how the two would compare. Although I did not concentrate on the feeder rod to the same degree, I fully expected to land a few fish to this method. By the end of the day I was surprised at just how poorly the ledger rod performed, landing only one small Hybrid of around three quarters of a pound.
With four Bream in the bag to the slider method, a strong breeze began to cause problems with surface drift and under- tow. This pulled the bait through the swim at an un-natural speed and bites ceased. To counter act the drift, I re-arranged the split shot and added another number five to the tell tale. The added drag on the lake bed slowed the maggots down sufficiently to attract a few more bonus fish, with the largest Bream tipping the scales at five and a half pounds. A brace of the larger Bream taken on the slider

Superb fun on a light float rod! By the end of my four- hour session, I had twelve Bream and a couple of small Roach totalling well over fifty pounds, and only one small Hybrid on the feeder rod. This gave me an interesting insight into a method, which I had put on the back burner for so long, I had almost forgotten about it. More importantly however, it was a relaxing and enjoyable way of fooling a few Bream into a few hours sport, and a great deal more satisfying to watch a float rise or dip as you try to work out exactly what the fish are doing below the surface. It is the vast array of species, and methods used to catch them that holds the excitement of angling for me, even old methods that personally, I had nearly forgotten about. Who knows, one of these days I may even hunt out one of my old roach poles from the shed, dust it down and replace the dozed elastic, and try my hand at fooling a Newry canal Bream or two. However, with my warped sense of angling these days, I will be more likely seen trying to land a Pollack or Ballan Wrasse from the end of Bangor pier with it! But that’s the makings of another story!