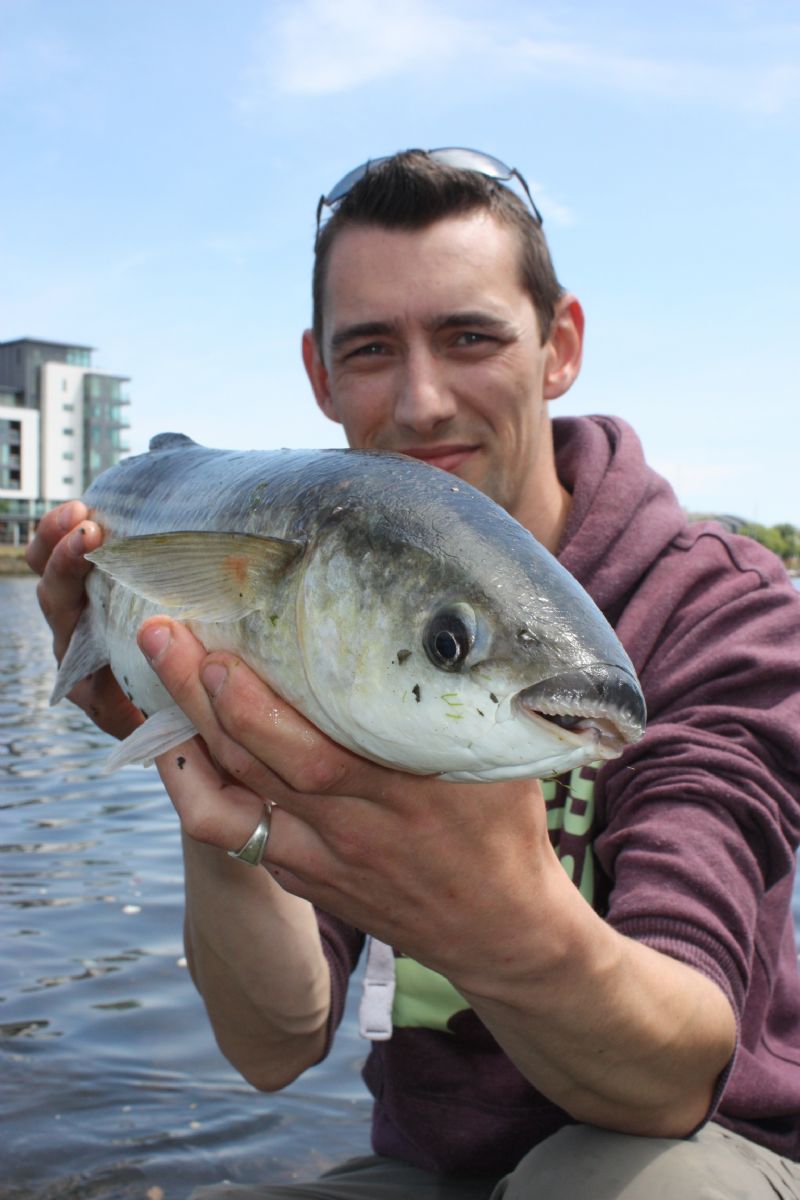 Mullet are one of the most frustrating sea species you are likely to encounter in Irish waters, as you usually can see them plain as day ignoring your bait and swimming on by.

That's what has me hooked on fishing for them, as the saying goes " anything that comes easy isn't worth having ". Some people believe Mullet can't be caught due to their "soft mouths" which is totally untrue .

Despite what they say Mullet can be targeted and caught on a regular basis. In this article I will share how I fish for them and what I have learned over the few years I've been targeting them.

Coming from a coarse fishing background I've a few tweaks that will hopefully help you catch more Mullet. The type of areas to fish, rigs and tackle will all be covered.

Mullet are found all along the Irish coastline but harbours, marinas and river estuaries are the best places to target them. A pair of good Polaroid glasses will help you locate the Mullet in such places. Finding where they are feeding is key. In harbours it's usually where surface debris accumulates such as a boat slip or piece of slack water around moored boats where Mullet mooch around for food. Also look for places where fish waste or drains are entering the water, this is where Mullet will be accustomed to finding food items which us anglers can then use as bait. 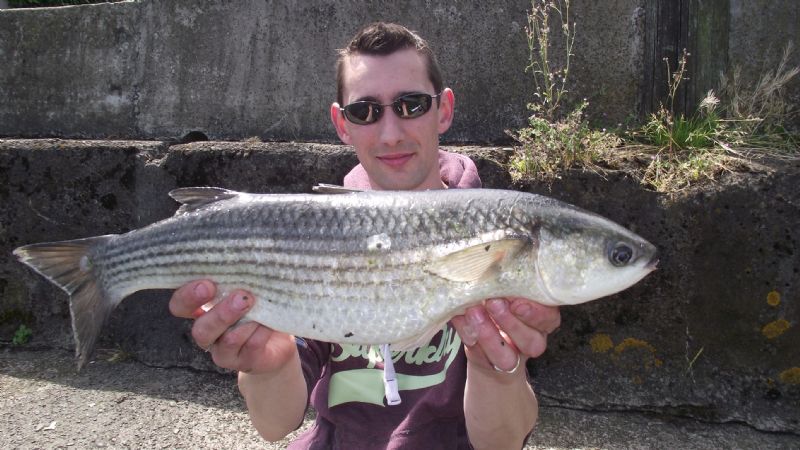 Craig with a cracking specimen Mullet

Mackerel strip, squid, rasher rind, rag-worm, banana, cooked prawn, macaroni, maggots, chicken skin, sweet corn and crab flesh are all traditional Mullet baits but I find bread will out-fish them all on the east coast. One of the best places to fish for mullet is where locals feed the birds  stale bread on a daily basis; this would be where I look first when arriving at a Mullet mark. Fishing estuaries is a bit different, it requires a bit more roving around. Unlike a harbour where the water just rises up and down with the tide, estuaries are usually empty on low water with only a channel or two flowing to sea. As the tide rises the Mullet will push up into the estuary to forage on the gravel / sand banks which have just been covered by the incoming tide. Following them inland at the different stages of the tide is sometimes necessary and a lot of ground work will be needed to find your marks for different stages of the tide. Most cities and towns are located on river estuaries so fishing in these zones can prove worth-while as human food washes in from drains and people feed the ducks and swans here. Michael Cooney with his 6.25lbs specimen

The last 2 hours of the rise and 2 hours of the drop would be the peak time to fish in inland areas of an estuary where the saltwater and the fresh combine. As the tide rips out the mullet will usually move with it as the salinity of the water drops . Tackle-wise, a match / float rod is ideal . I use an 11ft pellet waggler rod most of the time as it has plenty of backbone, designed for  playing commercial Carp which tend to fight hard, it's up to the job. Teamed with a 3000 sized fixed spool with a good drag and loaded with 6lbs B/S line, you will have a nicely balanced setup . I do however bring two rods with me. One set up for float fishing the surface and one for ledgering.

Here's a few setups for those new to this sort of fishing. Close range  surface rig is a simple set up;  float stop, small bubble float half filled, with line through one side only, float stop or bead, Size 12 swivel, 1 meter of 5lbs fluorocarbon and a size 10 hook.

Distance surface rod is also a simple set up; float stop, Bead, 20g Bombarda float , Bead, Size 12 swivel, 1 meter of 5lbs fluorocarbon Size 10 hook.  Surface fishing for mullet can be a frustrating affair but when they come on the feed, can be one of the most exciting methods.

As mentioned above, find the fish first then start to feed them. Small pieces of bread should be fed little and often, usually a slice broken up at a time. The sea gulls and ducks will cause you hassle but the odd hiss and clap of the hand will keep them at bay most of the time.

They have their uses too as they take care of any stray pieces of bread that might draw the fish away. Once you have the Mullet taking off the top, which is easier said than done, be quick as it doesn't usually last long. You stand a good chance of your hook bait being hit if they are competing with each other as they throw caution aside to get to the bread first . If you find they don't want the bread on the surface but are eating the pieces as they sink you could rig up a standard Avon stick float setup shown in the diagram shown, and fish below the surface for them but instead of rigging up again, give your bread a slight squeeze after dipping in water, this will force the trapped air out and allow your bread to sink slowly. A slow sinking bait can prove deadly as it appears more natural, this method has caught me some of my biggest Mullet.

Ledgering can also prove worthwhile, a simple running feeder setup works well, stuffing bread mash soaked in pilchard oil into a feeder and fishing bread flake on the hook can be a deadly method. As bread flake floats it can be adjusted by letting line out to just sit below the surface.

I must admit, I've taken my eye off the bait once or twice and nearly lost the rod as the feeder acts as a bolt rig causing savage takes.

Baiting up with bread.

You'd think putting bread on the hook is a simple affair but the more mullet anglers I speak to the more I see everyone has their own way of doing it. Mullet have the strangest of mouths and are difficult to get a hook to turn into.

Everyone that fishes for Mullet will tell you that pulling the bait straight out of their mouths is a common occurrence.  I've come up with my own way of cutting this down to a minimum.

By tearing a small strip of bread about 4cm long and 1cm wide, pinching the middle, then place the pinched section along shank of hook, folding it upwards and moulding the bottom into a dough around the curve of the hook it, which gives you a well presented bait (see pic). How to present bread-flake for greater hook-ups

The hook point will always face down and when you get a take, wait for the fish to turn and 9 times out of 10 you'll nail him in the corner of the mouth on the strike. Combine this baiting technique with tying your hook on with a knotless knot and you've got a highly effective rig.

As I've said earlier mullet  are one of the most frustrating species to target but with a little know how ,patience and more patience you'll hook one and trust me it will all be worth it. They give a dogged fight to the end and produce immensely powerful runs that will have your heart in your mouth. If you haven't given them a go your missing out!