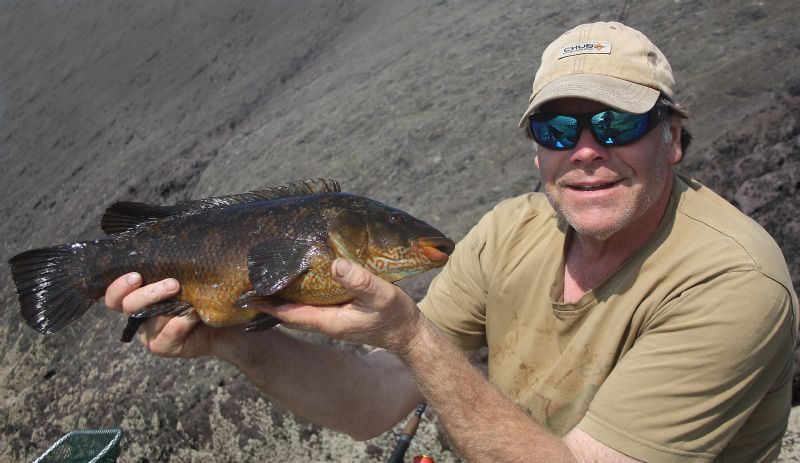 As a youngster, almost all my sea angling was through the discipline of float fishing. I had a cheap two-piece "specimen rod" that I strapped to the cross-bar of the bike, and a rucksack of tackle on my back.

All my destinations were within cycling distance. I float fished for Mackerel and Herring off Bangor Pier, Flounder in the "Long Hole" and Pollack and Wrasse off Orlock Point, County Down. That little rod did almost everything, including spinning, beach fishing, and targeting Pike down at Lough Cowey......happy memories.

Now we have rods for everything, although I still haven't seen a designated "Wrasse" rod! Having had some recent success whilst float fishing for Wrasse, and in particular, those little Corkwings, it was way too much fun not to have another crack at it! Covid had put a major curb on my angling in 2020, in fact I only fished twice all year. This year, I made amends, and along with angling buddy Sidney Kennedy, we agreed to team up whenever possible throughout 2021. Sid and his daughter Amy, a great angling team

One of these ventures found us on a camping-fishing trip down in Kerry. For once, we brought little gear with us other than a decent float rod and reel, and a rucksack each, containing suitable tackle, measure mat, weighing scales and a landing net. This would offer no distractions from our target species....Ballan Wrasse, Corkwing Wrasse, Pollock, and if really fortunate, maybe a stray Triggerfish! Looks "wrassey" but you won't know until you give it a try!

We tried a few "sexy" looking headlands, which proved fruitless. I won't bore you with the details! Travelling light, we could hit a few areas and quickly determine whether they were worth spending any time on or not, as the case may be. Too shallow, nothing about, or simply just didn't look "fishy".....pack and move. A mutual good friend, Bill Brazier, was instrumental in pointing us in the right direction. Eventually we struck gold, with decent numbers of large Ballans buckling rods and causing all sorts of mischief, fabulous stuff. It has taken me a while to find the perfect "Wrasse" rod, but I can't fault my new favourite. It's the Greys Prowla GS2, actually a lure rod, but tackles five-pound plus Ballans with ease. "Tippy" for casting, but buckets of power when you need it. Teamed up with a tough Penn Spinfisher 360 for total reliability. 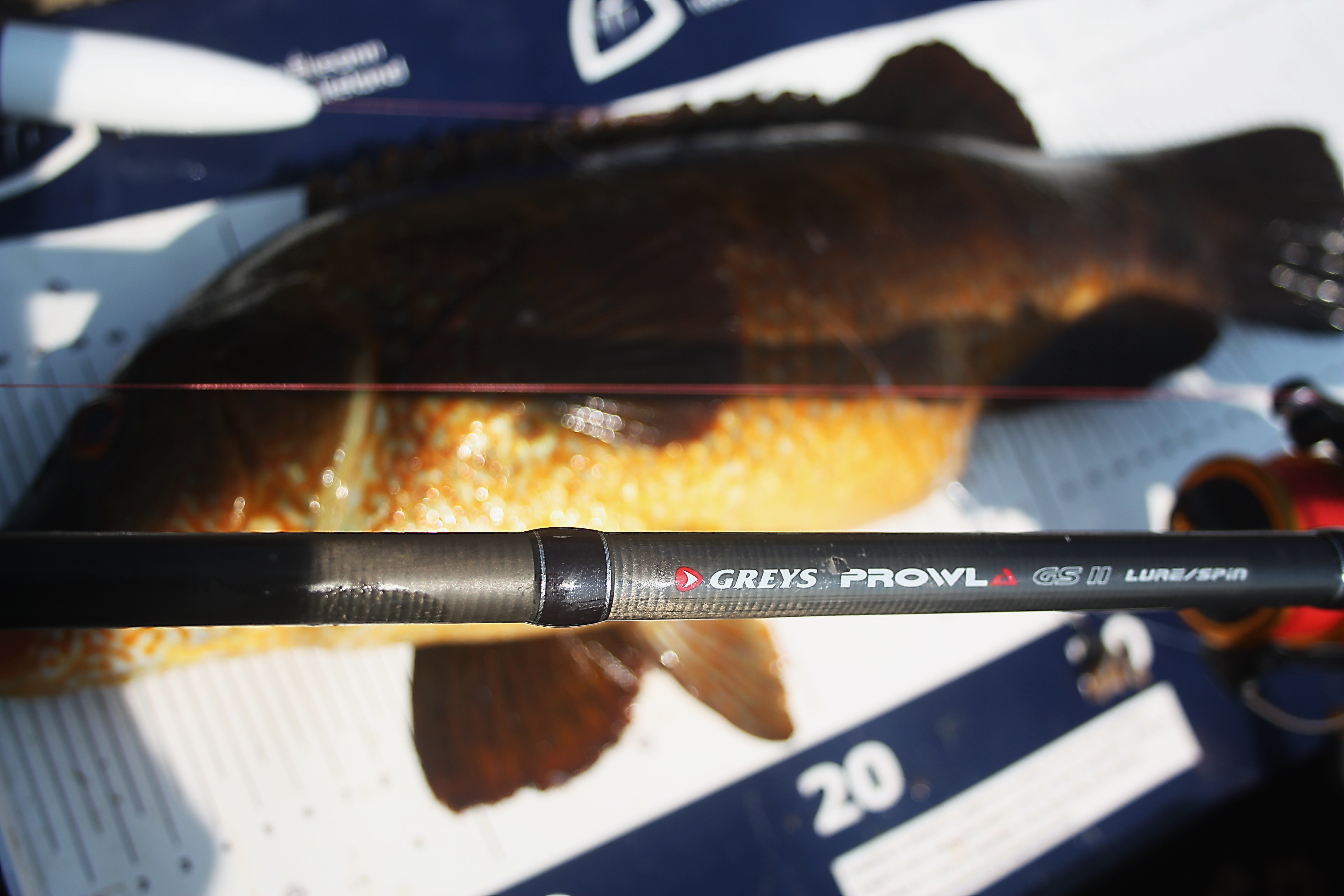 Teamed up with the Penn Spinfisher 360, tough and reliable workhorse

Another gem of tackle is my landing net handle. Made from a pair of broken beach casters, it gives me a sixteen foot landing net, that is extremely robust, with a reach bringing any large and defeated Wrasse safely into range. She knows it's a good'un Sid and Amy concentrated on the larger Ballans, which paid off handsomely. Amy hooked a fine specimen, and my home-made net proved its worth. I managed to scoop it on the surface for her without getting too near the surf. Easily beating the 48cms specimen threshold on the measure mat, we had to weigh it. Amazingly, this was her second six-pound Wrasse! Us mere mortals have to settle for five-pounders. And a more substantial morsal for the larger fellas

I opted for my wee multi-rig, still under development, but I love the idea of targeting two separate specimens at once. A larger hook for Ballans, with a smaller hook and bait for Corkwings. Although I didn't tempt any six-pound fish, I was lucky to land a couple of five pound Ballans, and quite a few wee Corkwings. I was able to push my potential specimen Corkwing lengths from 20 cms to over 24cms. This must be getting somewhere close to their limit in length I imagine. They really are pretty little fish, I doubt if I would have actually targeted them had they not been introduced as potential specimens for 2022. I will have to get out of this habit! Interestingly, if we switched from hardback crab to peeler crab ( we only had a handful), our hook-baits were quickly "nailed" by Pollock in the 3-5lbs range. They seemed extremely fond of them, but would not look at a hardback. Sid being Sid, on the other hand, managed to catch a dogfish on Hardback Crab, that's a first for me. Pollack were fun, but the Ballans were "funner" Having suffered forced hibernation last year, I am thankful my buddies talked me into getting off my back-side this year, and picking up a rod again... I almost didn't! But it's been a great year so far, ticking off the specimens, with a couple of new ones to add to the list, long may it last.

I never realised how much I miss the angling challenge, and the companionship that can come with it. Great memories and great friendships. Looking forward to the next adventure....Tight Lines, T