Make mine a Bass by Mark Corps Make mine a Bass!

Even though it was late October, these looked like near perfect fishing conditions.

The sky was clear and – unusual for last year, I enjoyed the feeling of the sun's warmth on my back.

What a cracking day, not a cloud to be seen and the sea almost flat.

The only negatives were a slight colour to the water caused by the previous few days swell and an annoying breeze that kept changing its mind as to the direction it would travel. Oh and of course yes, we were probably a month too late to fly fish for bass…

Mike and I had decided to drop into Cobh to try to catch a late season bass, taking advantage of the fact we had been working in Tralee and this was sort of on our way home. As this area of coast was new to both of us, we booked an angling guide, something always recommended. Our guide Ritchie Ryan said that if we insisted on sticking with the fly we ‘might’ be lucky. However he predicted that Pat O’Shea who was also going to fish with us and use lures would catch!! Being ‘dyed in the wool’ fluff chuckers we accepted that by sticking with the fly we were not making things easy for ourselves. Early morning and we followed Pat and Ritchie around a maze of small country roads heading generally in the direction of Ballycotton. It did cross our minds that we were being given the run around to make sure we would not be able to find the sites again by ourselves!

To our first mark, Mike and Ritchie started fishing. Apparently they were covering a gully and if they hooked up here it would be a good fish (the word specimen was mentioned!). Pat and I were to try our luck a few hundred meters away. Our site should produce us fish in and around the 5 lb bracket! 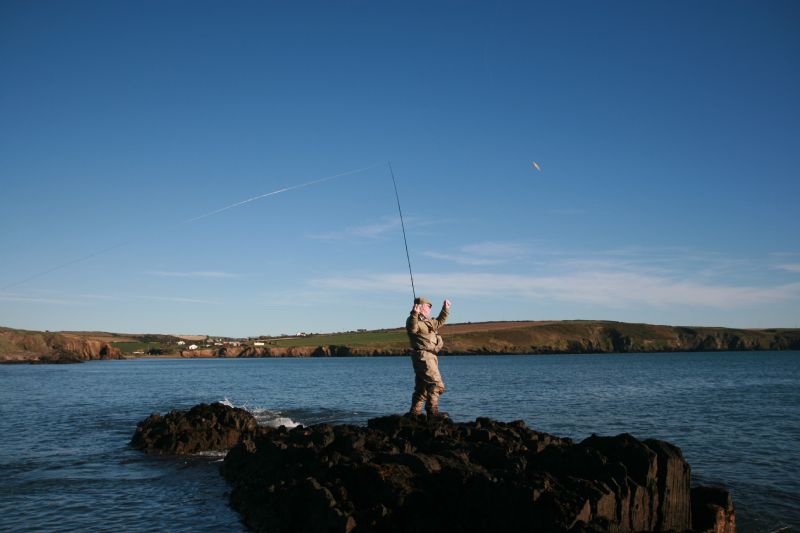 My fly was landing some 35 m out from the rocks whilst Pat’s lure splashed down some 10 m further. We were also fishing over a gully that would apparently hold fish for the next hour or so of the rising tide. We both slowly worked our lures back through the hot spot toward the kelp whilst waiting for the ‘hit.’ As I again wound the fly up and sent it on its seek and destroy mission to the far side of the gully, Pat’s rod bent over. For the second time in half a dozen casts he was attached to a bass. It was another good fish of just over 5 lbs - the predictions of size of fish we would contact and the fact he would ‘wipe my face’ were coming true!! 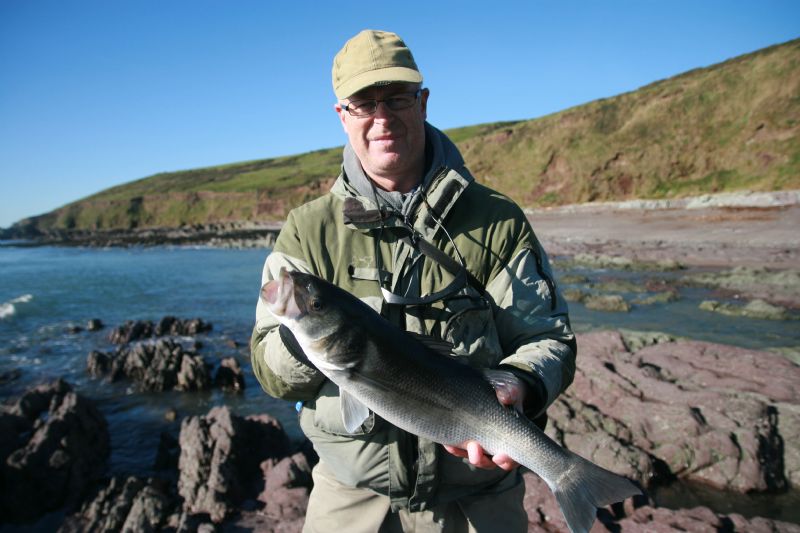 We visited a number of other marks during the day. Changing marks to take advantage of the different states of the tide, but neither Mike nor I could tease a fish to come out and play. To rub salt into the wounds we even saw small shoals of bass going past that completely ignored everything we threw at them. This was obviously not a day for the fly, it would not work. If you want to catch fish a good rule of thumb is to always take the advice of your guide. We had not and so paid the price. 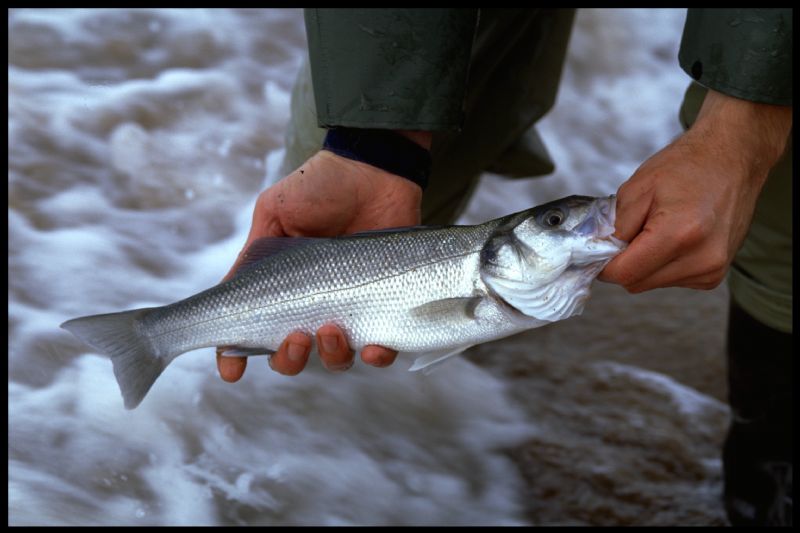 Bass, or if you prefer Dicentrarchus labrax, have for years been a much sought after target species by anglers. Bass are seen by many anglers as another ‘game’ fish. Beautiful, silver, hydro-dynamic fish, they are renowned for their fighting qualities, good eating and the fact they can be caught by a variety of angling methods. A species that in-habits rugged, wild environments, they have a fascinating life cycle and a capacity to enrapture anglers. 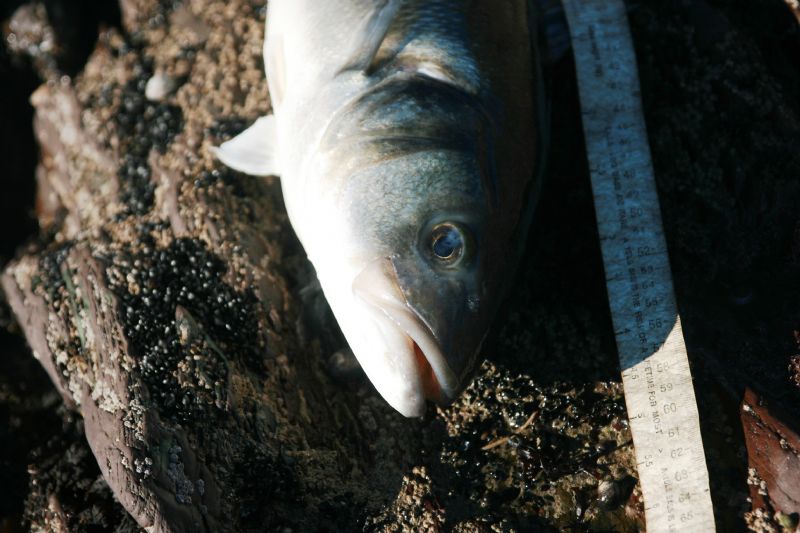 A member of the Moronidae family (the name ‘Dicentrarchus’ derives from the presence of its two dorsal fins). The first dorsal fin comprises of 8 – 9 strong slender spines, the second a spine with 12 – 13 branched rays. Scales are moderately small and present on most of the head as well as all of the body; 66 - 74 on the lateral line. The operculum is serrated with forward facing spines as many anglers have discovered when handling them. Growing to over 1 m they can attain weights in excess of 20 lbs. The Irish record (17 lbs 3 oz) was caught in 2000 by Emmet Naughton from Doughmore strand (the Irish specimen weight is 10 lbs). 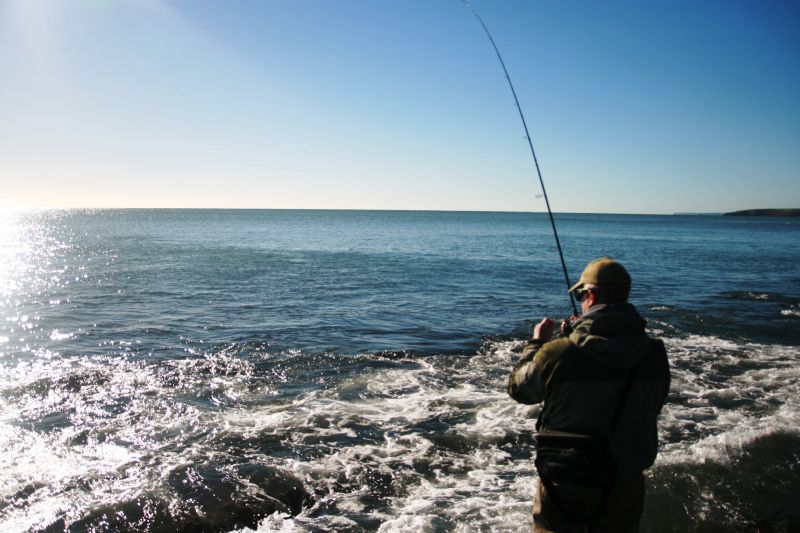 Bass are found all around Europe, from southern Norway to the Western Sahara, throughout both the Mediterranean and Black Sea. Around Ireland they are at the northern extreme of their distribution, exhibiting characteristics of fish found at the extremes. They grow slowly, grow large and compared to their warm water cousins reach sexual maturity late. For example, in warmer seas they live to 6 or 7 but around Ireland they can reach 30 + years. Sexual maturity is governed by size, for females it is about 42 cm (achieved in 6 / 7 years). As primarily ocean-going fish, they show surprising toleration to environmental extremes. Able to enter fresh water,they tolerate variations in temperature (from 4 to 30 °C) and salinities from 3‰ (river water) to 40‰ (35‰ is full strength sea water). In early winter, fish along the coast of Norway, Denmark, Northern France and the UK move towards over-wintering grounds in the western approaches where they group in large concentrations (it is believed Irish fish join these too). This migration gives consistent temperatures in deep waters, essential for female eggs to form and males to reach breeding condition. This migration is an integral part of the bass life-cycle in the northern reaches of their range. 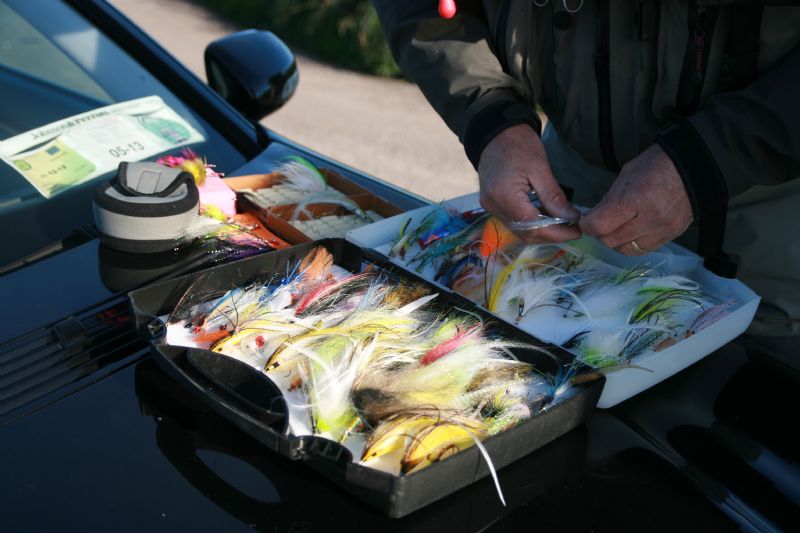 Bass use estuaries as nursery areas. By July the young fish (‘O’ group) first appear in estuaries and start feeding voraciously. They are opportunistic feeders, initially feeding on shrimps and molluscs, taking in crustaceans and fish (including other bass) as they grow. They have a catholic diet but once focused on a particular food tend to stick with it. As schooling fish, some believe they remain in age / size dependant shoals throughout their lives. School size reduces over time due to individual mortality. So the advice here is if you catch a large bass, continue fishing, there may be others around. 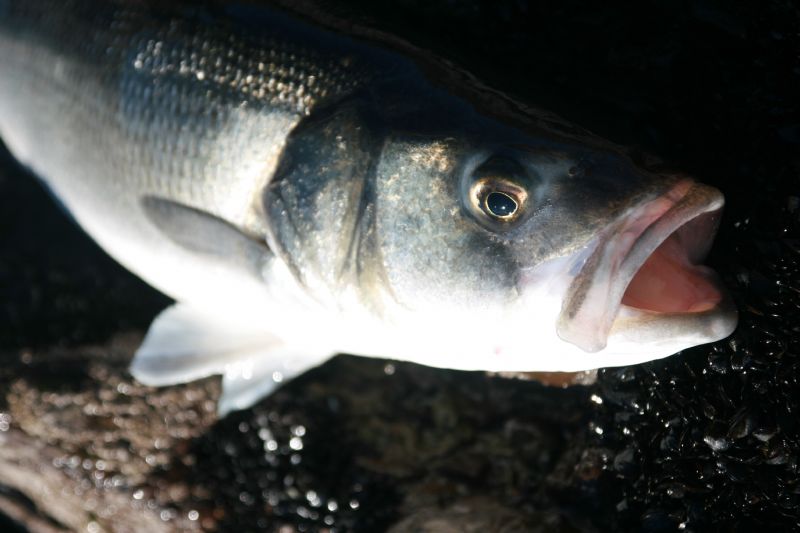 To survive their first winter, bass need to reach a minimum size of 9 cm. The reason for this is that they cease feeding below 8 °C, surviving only on fat reserves. If under 9 cm they are unlikely to have sufficient reserves to survive. As such, mortality increases the longer the temperature remains below 8 °C. With a prolonged cold snap the whole year group can be lost. Most juveniles spend 3 to 4 years in estuaries before moving to the open sea. Even though immature, a 24 cm sized fish is deemed by many as ‘pan sized.’ Due to this there is exploitation pressure particularly as commercially farmed fish are of this size. If caught and killed at this size they are cropped before having a chance to reproduce. It is generally accepted that bass should be protected as a recreational resource and income generator for tourism. Protecting legislation has included;