My December pike bash in Monaghan By Andrew Mcilhone 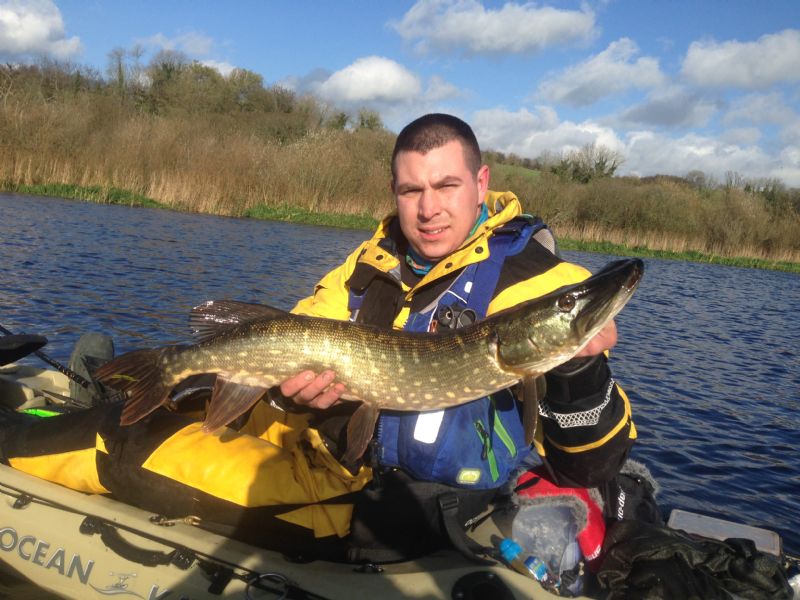 My December pike bash in Monaghan

Well as usual, the kayak strapped on the roof and car packed ready to go on Friday night.

Many of you that know me probably won’t believe me, but I was out of the house for 5am Saturday morning and on my way to meet up with David and John in the midlands for another bash at the pike.

If I said it was freezing that would be an understatement, so with a quick stop at McDonald's in Newry for a coffee it wasn't long before I found myself to be the first one at the lake.

Soon after, the other two arrived and we were straight onto the water.

It was not very long before David was into a fish......... and a fine looking fish it was until there was a POP! Someone sabotaged the poor lads wire trace the day before and it failed allowing for "THAT ONE THAT GOT AWAY"... You know who you are mister! 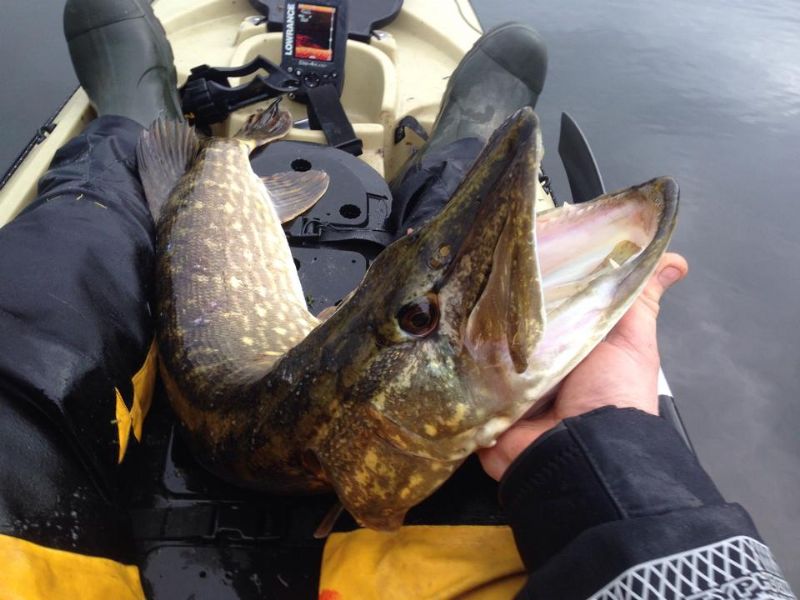 As you can imagine he was quite pee'd off, so I was keeping my distance. Then there was a yell and I glanced round to find he was into another fish, oh, and he missed a few takes as well and I haven't had a bump even, so I was taking no notice of him and trying my hardest to catch something myself.

He kept shouting over to me "come look at the teeth marks on this jack" where a bigger lady has had a go at it......Then I heard it, "thump.....Clunk....SPLASH.  Followed by a painful cry of “NOOOOOOOOOOO”. I Thought David dropped his wire cutters over the side or something but worse, it was his IPhone. As you can imagine, I was definitely keeping my distance from that chap today.

There was an effort of recovering the phone but unfortunately it failed! 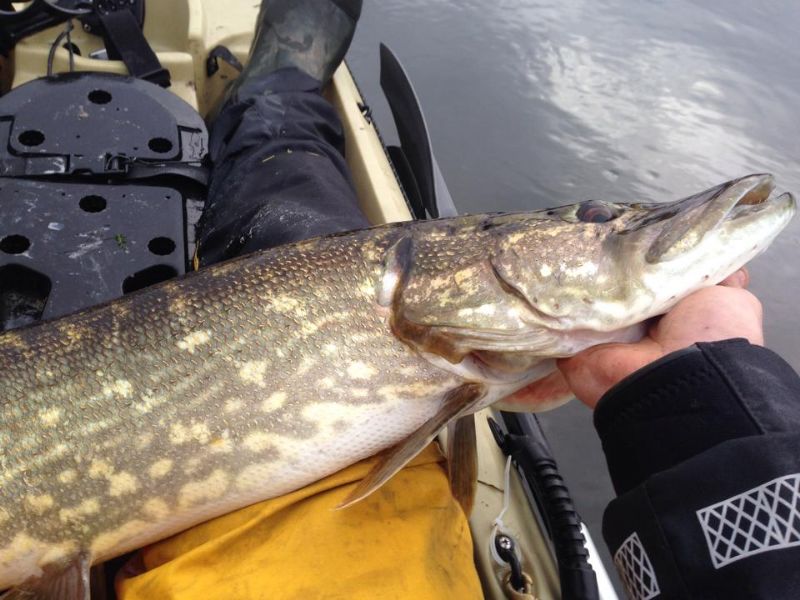 John and I were trying everything for a pike. We tried lures, different dead baits, on the bottom and float-fishing with no joy.  David was soon on pike number four, biggest around 15 lb and we had nothing, four hours had slowly passed and John had to call it a day. At this point I was freaking out that maybe I was going to have a BLANK....To make things worse the Irish Kayak Angling Xmas party was that night and I don't think I would have survived the abuse of not catching.

So a change of tactics, actually advice from David and sure enough it was not long before I had a FISH ON! Landed for a kiss and a picture, then released again.

A fine pike it was too, and then within a few minutes I had a second. It was a small jack this time, which basically fell off the hook as I was lifting it into the Yak but I did not care at all as long as I avoided a blank. 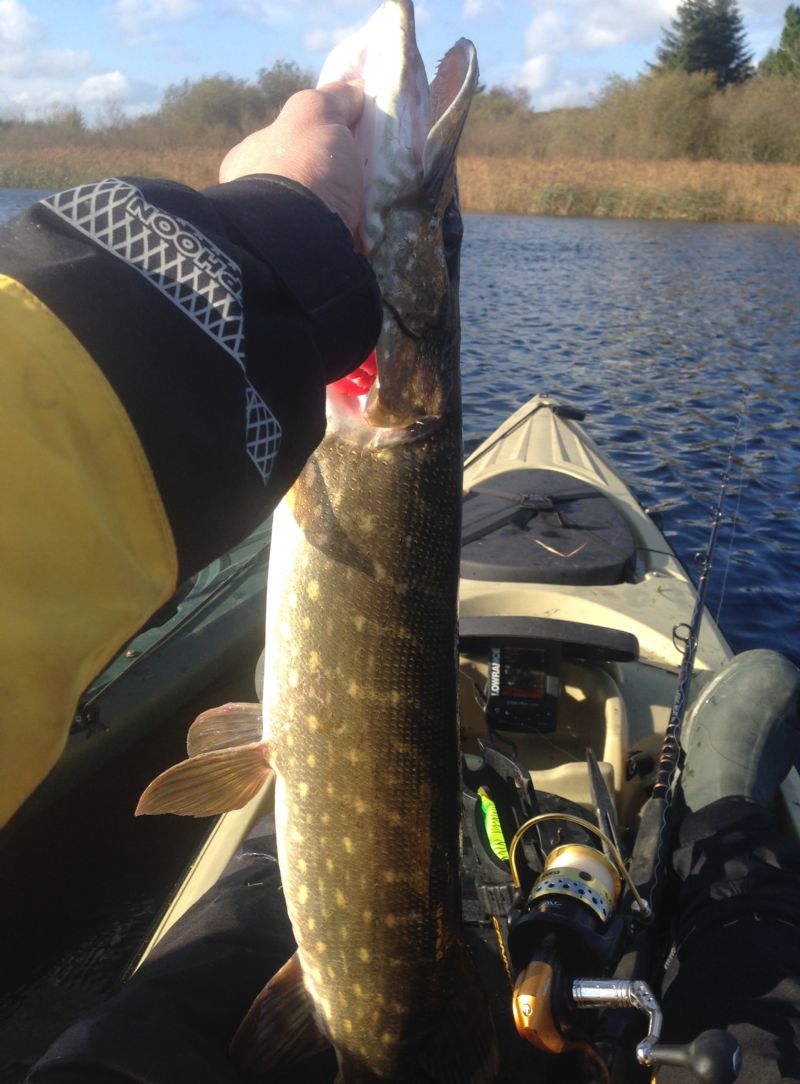 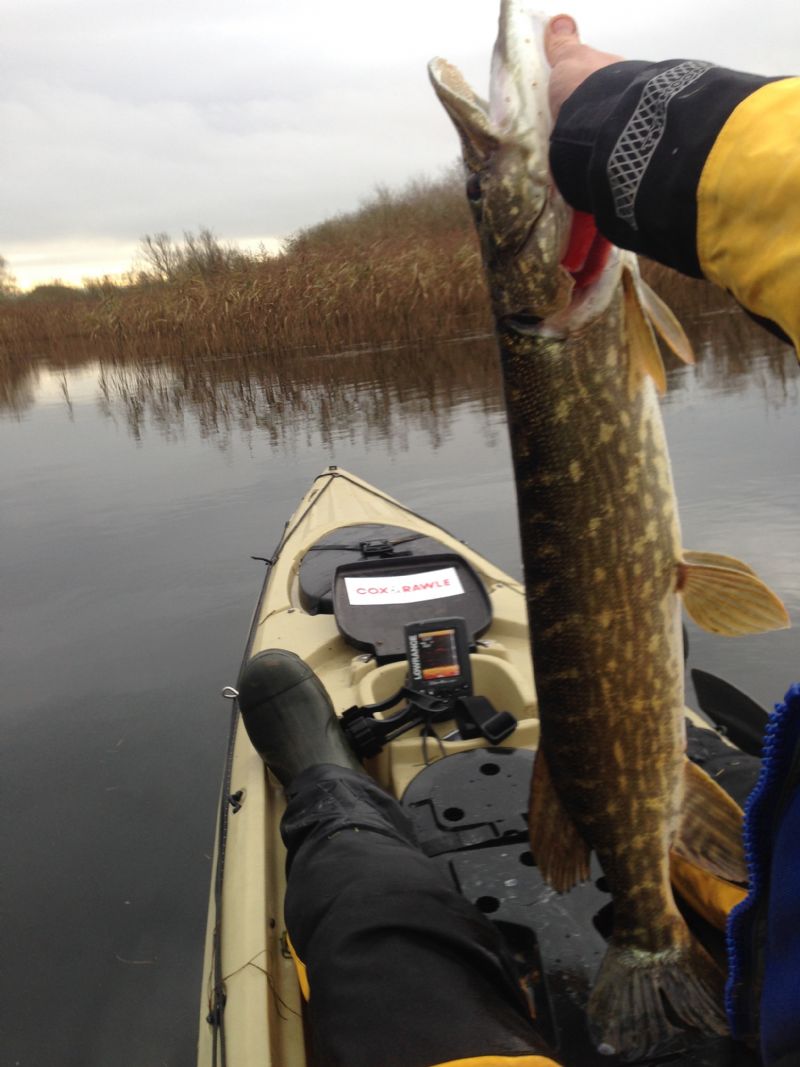 A short time later we packed up and headed down to Skerries, to the STEALTH kayak demo day to meet a few lads testing these fine looking new Yaks. Graham Smith, Anthony Byrne and Eric Devos were there with a range of kayaks on display and available to take for a paddle.

I was just starting to warm up again from a long cold day so I passed on this, but shouldn't be too long before I get a chance to take one for a joy ride. (Not the PINK one).

Then it was back up to David’s house where I was staying the night, with a quick bite to eat and a shower before heading down to Dublin for the Irish Kayak Angling Christmas party.

It was a great night’s crack and it was nice to meet some of the lads and also put some names to faces.

There were some fishy conversations throughout the night and a prize giving; the club sponsors were more that generous with the prizes, so a big thank you to them.

It was a very eventful and busy day but well worth the trip.