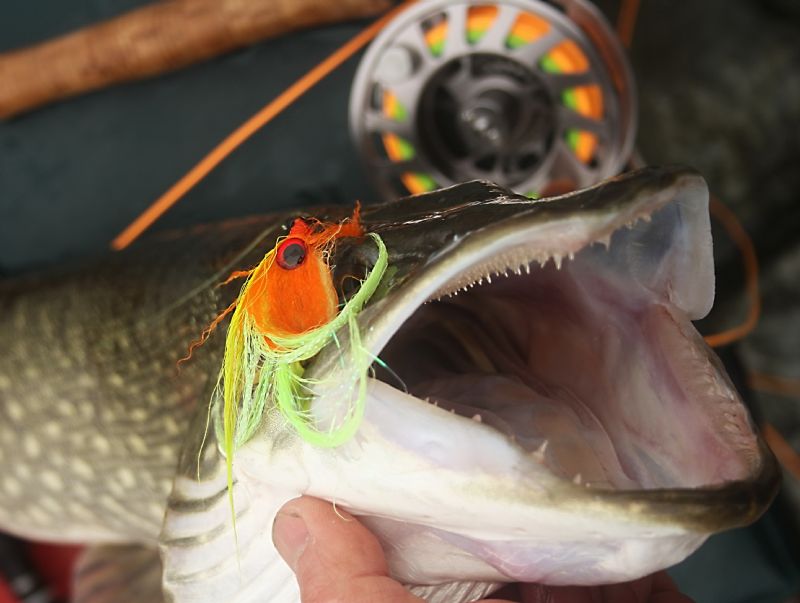 This is my last shot at Pike on the fly for the season, and to leave them in peace until late Autumn-Winter.

Hopefully they will be successful and produce another healthy generation to target in three-five years’ time.

It’s fair to say I don’t fish for Pike that much, just a few weeks at them until the temperatures rise sufficiently and I can get at the Roach and Tench. In-between these periods, I jump at any opportunity given to get the Fast Fisher out to sea in search of deep water species. Unfortunately, the calm weather for off-shore angling on the north coast is rarely kind to the small boat angler these days. 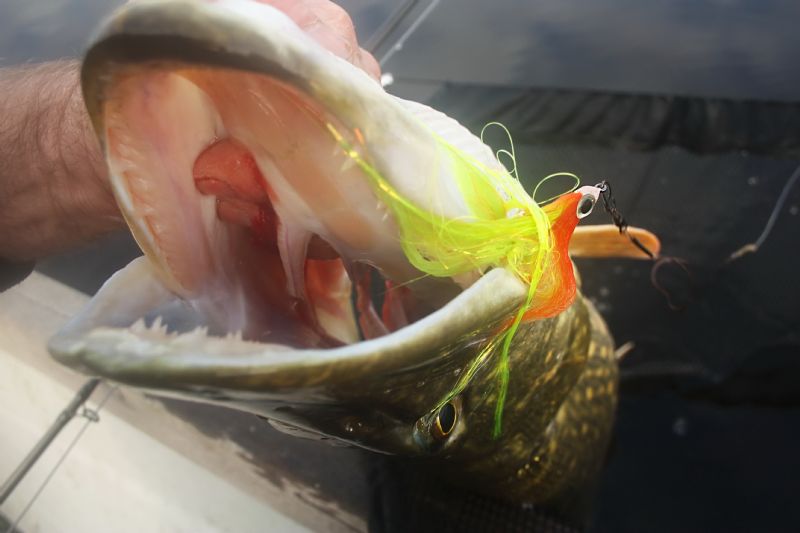 So, when it came to Pike angling for me many years ago, it used to be a case of “drop out a dead-bait” and let it sit while targeting Bream and Hybrids on the quiver-tip in April-May. If a large female (Pike that is) made an appearance it was always regarded as a bonus. Through the winter I would usually be found on the shores of the Antrim Coast, salt-water match angling. However, the salt water species were dwindling rapidly with a combination of indiscriminate in-shore commercial netting and thousands of lobster pots taking their toll, and consequently I am sorry to say, sea-angling disillusionment soon set in. I seemed to spend all day watching the tip section of a lifeless beach-caster in the hope of a small nod and a tiny palm-sized flatfish. From what I hear, it hasn’t improved much! 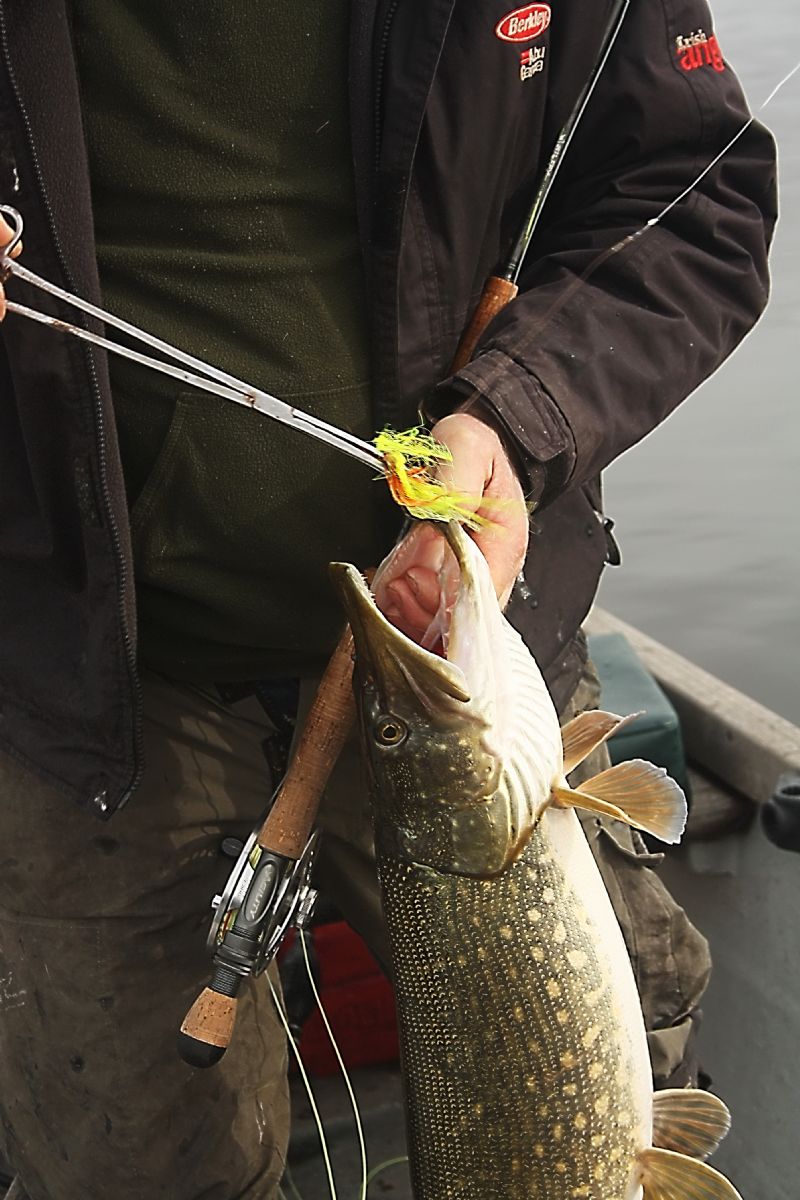 Safely "chinned" for quick and careful un-hooking and release

At this time, almost a lifetime ago, Alastair Smyth stepped in! I’ve known Alastair most of my life, from back in the days of East Belfast Coarse Angling Club (still on the go). A decent spud and a good friend, he owns and runs “Tight Lines”, a successful tackle shop on the Albertbridge Road, Belfast. He offered an invitation to try some Pike fishing on the fly. As it was a discipline I had yet to try, I was eager to have a go. 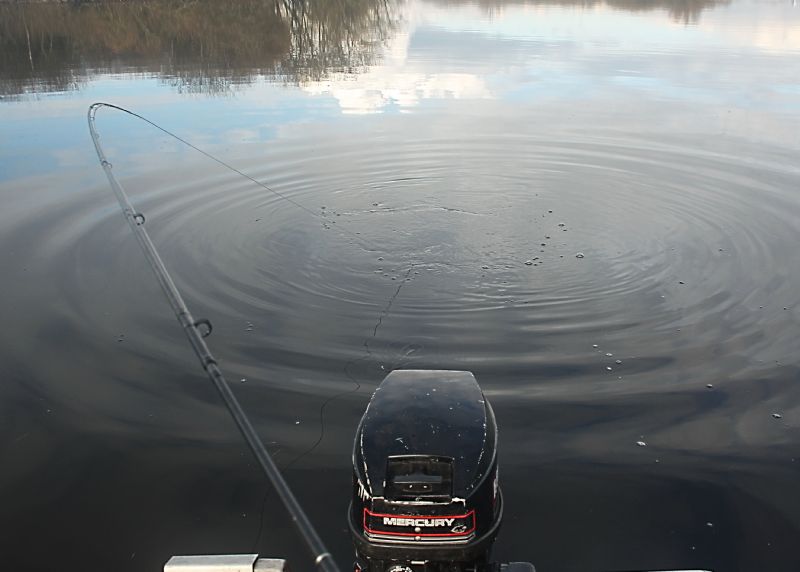 Armed only with an old 10’ reservoir fly-rod(with six inches chopped off the end) and whatever line went with it, and borrowing a home-tied Pike fly, I was introduced to a new and exciting method of targeting Pike, a killer method I might add. I soon realised that this was the true essence of angling for me. The stealth necessary, the awesome power of the “take”, the ensuing battle on balanced tackle and the unpredictability of whether the next fish will be a five-pound “jack” or a twenty plus “lunker”. Alistair opened my eyes it has to be said, and I’ve never looked back! 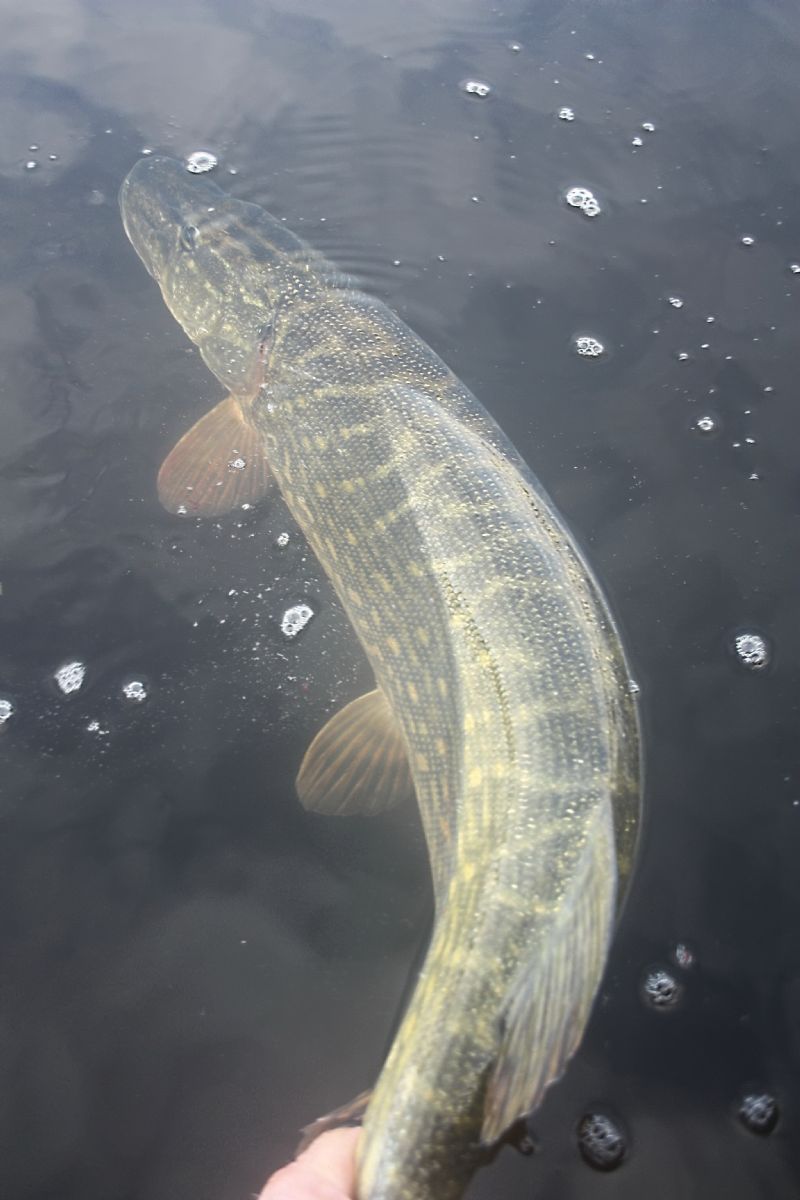 Allow time for the Pike to fully recover before release

To this day, I still go through the same routines as I learnt back then, however, my fly-tying has improved a little, as has my ability to drop a fly over a wary Pike. As stated in the first paragraph, this will be my last Pike sortee for now, and hopefully after a full season chasing all kinds of Irish fish species my passion for Pike on the fly will peak yet again. 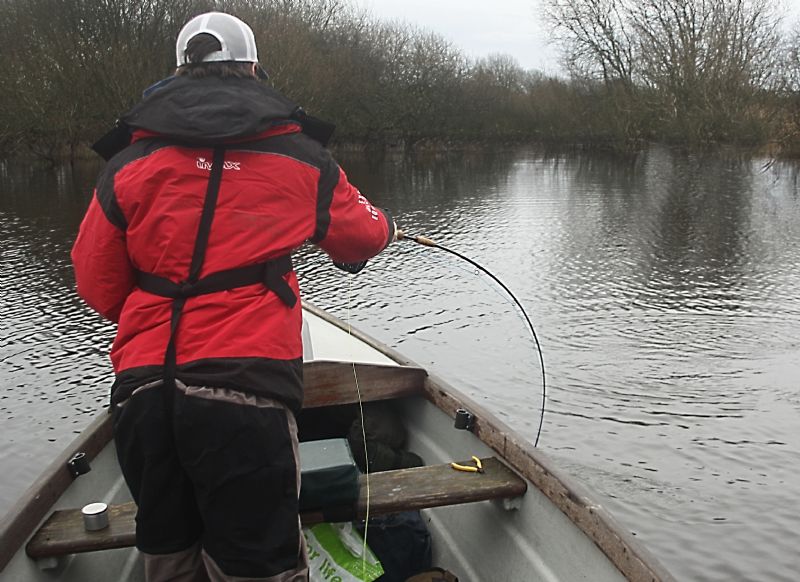 On this trip, joined by angling buddy Andrew Wolsey, we both chose to use the Shakespeare Agility XPS. I have rods worth six times the value of this budget fly rod, but it is so easy to cast with, and easy on the wrist that a full-on day remains a pleasure rather than a test of endurance. 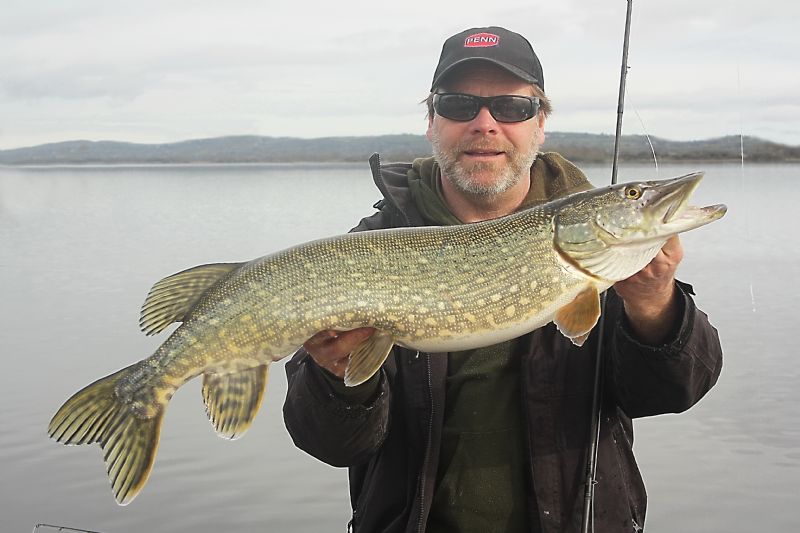 Mother Nature blessed us with a calm day for our last Pike-fly attempt, and such an enjoyable day it was, with hard-hitting fin and scale-perfect fish eager to attack our home-tied offerings. With plenty of fish showing, it is so tempting to organise a return trip, but for the specimen hunter, it really is time to move on to other pastures. 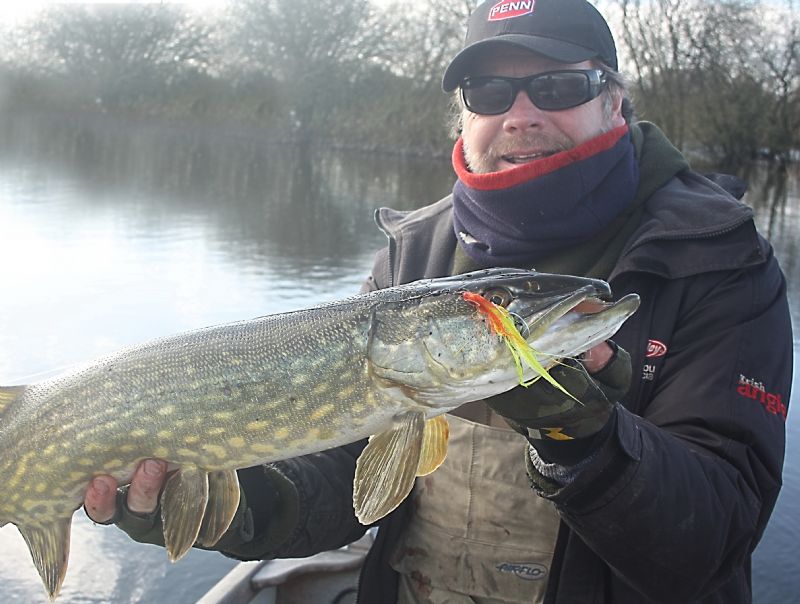 I started the ball rolling, soon finding feisty “Jacks” to test the XPS including an early morning “snub-nosed” Pike. This is my fourth snub-nose fish in my life-time, a rare looking condition that doesn’t seem to cause any problems although I have never taken a large fish with this deformity. 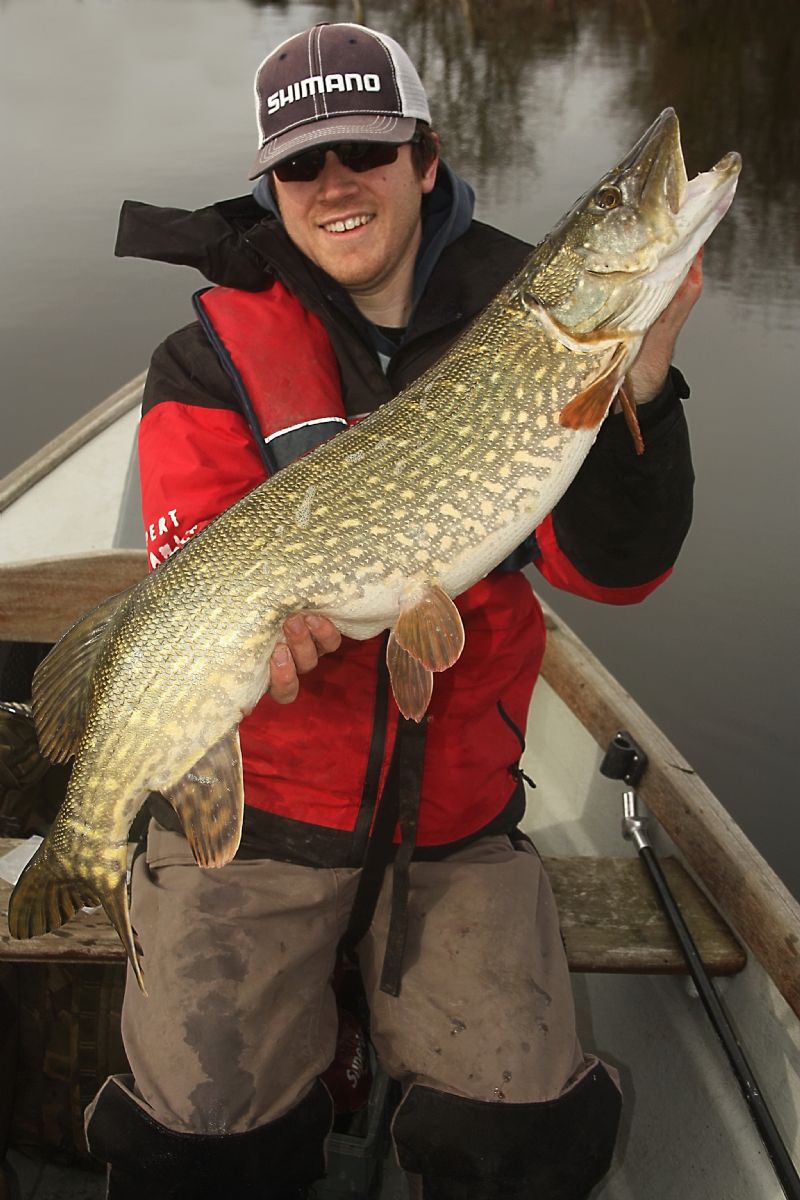 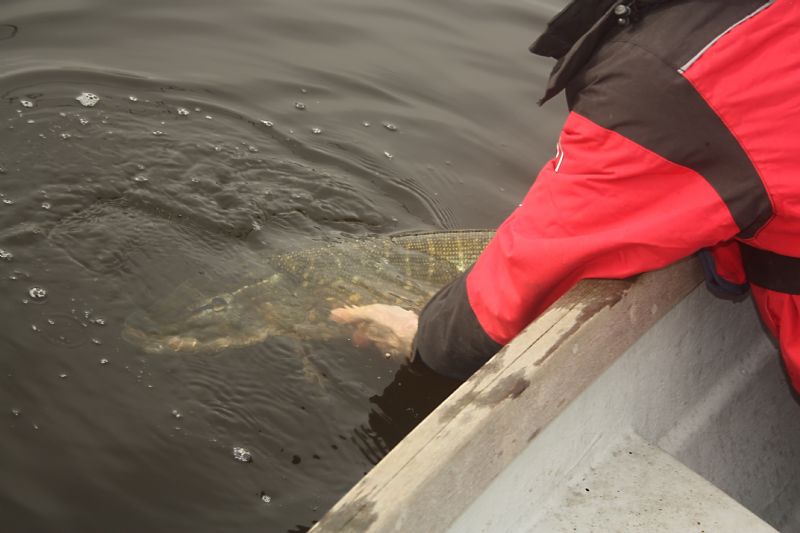 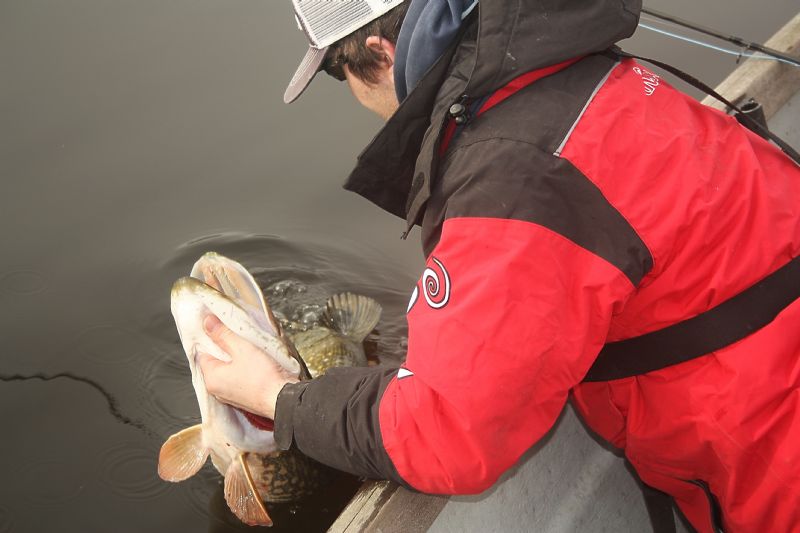 Andrew showing how to carefully release a battle-weary fish

Continuing to hit fish throughout the day, Andrew struck into a powerful take, and after a couple of minutes of hard battling, landed a personal best for the fly, a superbly conditioned seventeen pounder, no problem on the Agility XPS. 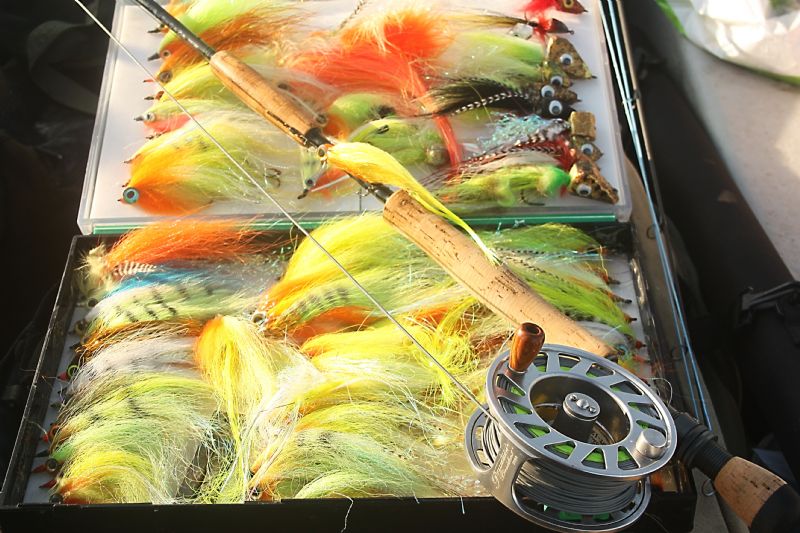 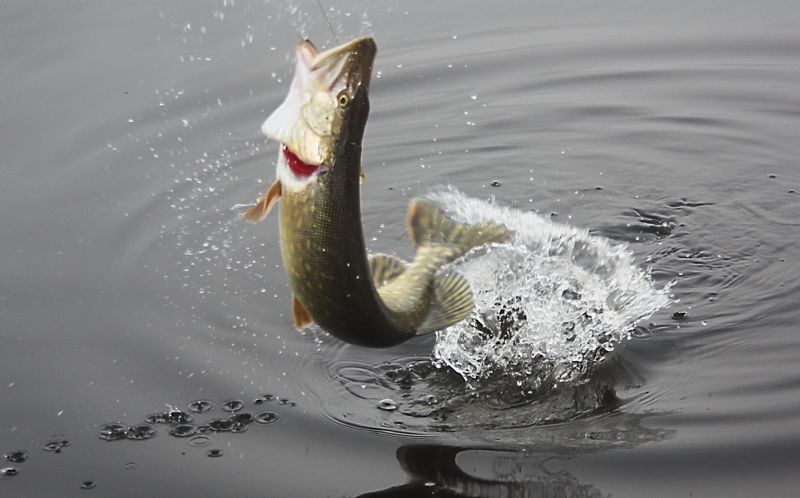 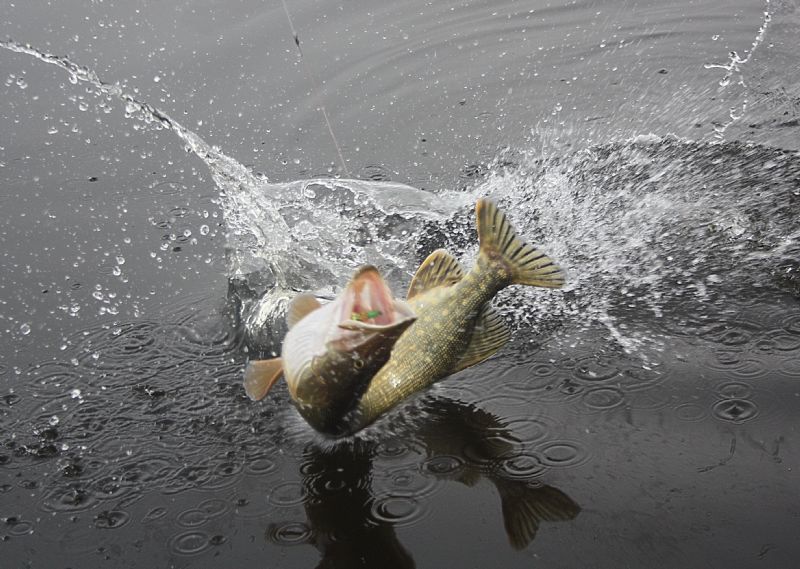 I tried my hand at some Pike aerial shots, not too bad but will get that crystal clear shot one day! So, our last shot at Pike on the fly for this season was a great success. The fly rods are now put away, as is my winter beard growth, as it’s time to dust off the Perch gear and start the hunt for a specimen “stripey”. Tight Lines all, chat soon. 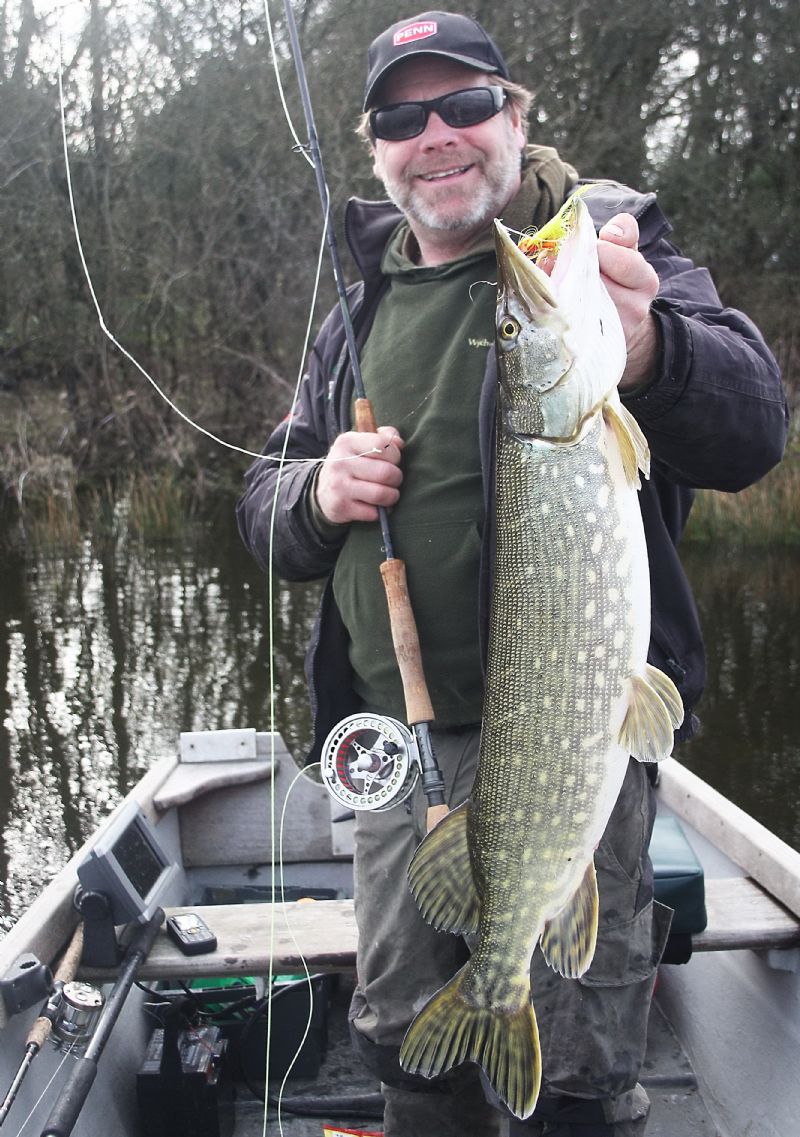