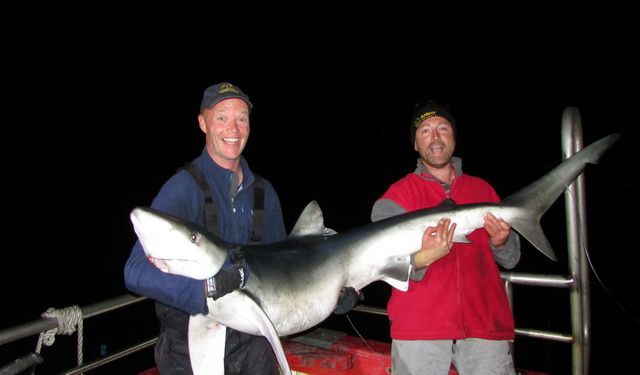 Sharks in the dark

Over the years I have often dreamt of fishing for sharks at night, it has been proven that they are definitely more active during this period.

In one day-light angling session I have landed nineteen sharks, I often imagined how many sharks I could have landed if I was fishing the same way, only at night.

As the weather had been reasonably settled for the last few days and nights I got a phone call from my friend Ross to see if I was available to go on a night charter trip for sharks. With a chance of realising my dream, I looked at my finances, and with the green light from my missis I was good to go. I got my shark gear together and with food supplies sorted, I was prepared for the long night that lay ahead of me. As I arrived at the charter boat around half-past seven in the evening, I had to get my food and gear on board as fast as I could, ready for the thirty mile journey out to deep water. Our target fish was a Thresher shark but that was a long shot in all honesty, we were more likely to catch Blues.

With the anticipation and thoughts of large sharks in my mind it seemed to make the journey to the off-shore mark painless. After two and a half hours traveling the skipper slowed the boat and then put it into neutral so he could keep the high powered deck lights on without flattening the batteries. It was now time to put out the rods and the pre-made chum bags. 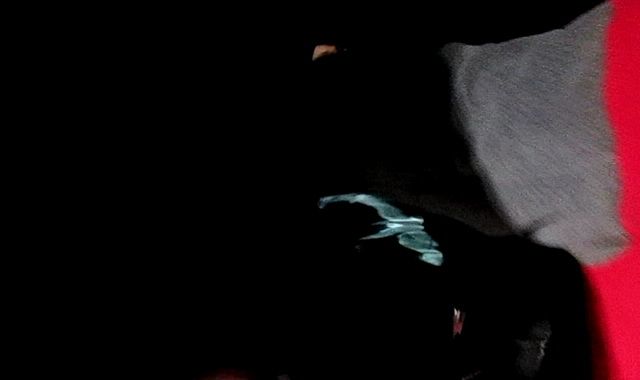 As the shark neared the boat, the deck lights upset it, and it screamed off towards the sea bed!

It only took twenty minutes before we were into our first shark, it was a blue of around thirty pounds or so, and as that shark was safely in the boat and being un-hooked, my reel screamed off. As I was fighting the shark it felt as though it was about the same size as the previous fish until the skipper managed to grab hold of the leader, and hauled the shark to the surface.

It was only then, we could see that it was at least seven feet long. With the light of the boat hitting the shark it seemed to wake up with a new lease of life and dive for the sea bed. 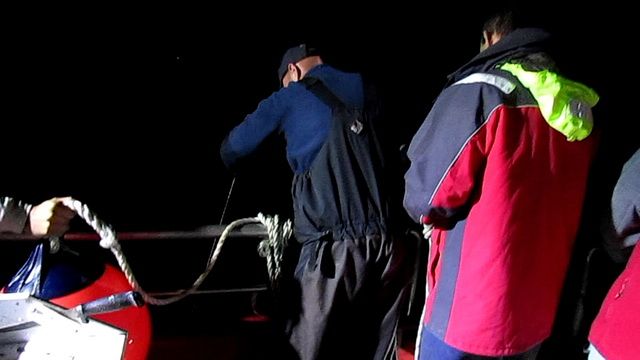 As the shark continued stripping line off my reel, I knew I had a fight on my hands. I had to work hard to gain control and get the shark to the side of the boat again. However, as the light hit the fish, again it went back down! This happened a few times more before the skipper finally managed to grab the trace and keep the shark under control.

With the shark now subdued, we were able to put a soft rope around its mid-section and tail. It was then we finally managed to lift it on board. It was my first Blue Shark at night, what a feeling being out on the sea, not knowing if there were big sharks swimming around the boat. If you are up for an exciting challenge give it a go, I can recommend it, and don’t forget to let Terry know how you got on.

Estimated at eighty-ninety pounds, not bad for our first shark night-session

We had over fifteen sharks that night but none as big as the ones I had been dreaming about, maybe next time with some luck. I did a short video of the two largest sharks that were landed on the boat, if you would like to see, click here.