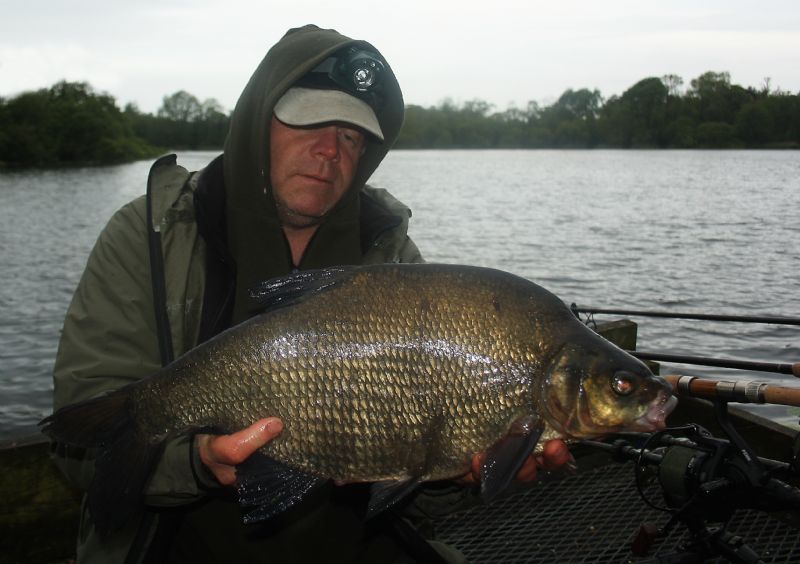 Bloody hell! Fishing? More like that Japanese Endurance show that used to be on the telly.

I feel that I’m getting to old for it all, let me explain!

I had acquired a set of Affinity LTD 7000’s, the new Live-liner reels from Penn, and an “Easy Rider” carp barrow from JRC. As usual, I wanted to do a wee write-up on the new gear. Obviously there is no use talking about an item of tackle without actually giving it a proper try out first, any excuse to wet a line I hear you say! We had a planned Bream trip looming, and this would be a great opportunity for their maiden voyage and see how they perform. With a forecast of low pressure imminent, (normally a good sign for a “Bream bash”) we decided to go for it, and I met up with Andrew Wolsey and Simon Gibson at the chosen venue. Simon had some previous experience on this water and we were in his hands to put us in the vicinity of a few “slabs”. There is a considerable walk involved and tackle would need to be scaled down somewhat. Having said that, it still boiled down to a mountain of gear each, so glad I had the carp barrow with me, it honestly made life a great deal easier. Andrew and I ended up taking turns with it to ship the gear to the pegs.

Once settled in at our respective marks, I identified a well-defined ledge at distance and “spodded” in a reasonable amount of bait. When targeting Bream, there is little point in “pussy-footing” about. Get the carpet of feed in and let them find it. A decent sized shoal or a few larger specimens will hoover-up an amazing quantity of feed in a session. With summer temperatures creeping in, and plenty of small Roach about, there is rarely the risk of over-feeding. The risk, in my opinion, and a mistake many anglers tend to make, is under-feeding! Be brave. More often than not it will pay off. 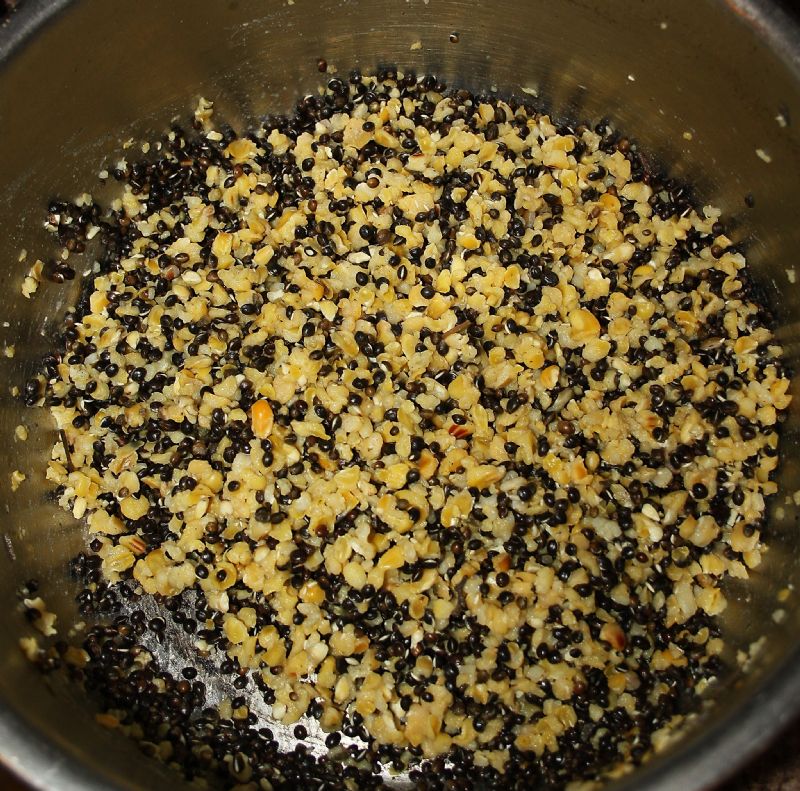 So, I hear you ask, what is a reasonable amount? On this occasion, I took it easy by my normal measures. With the spod-rod (an old uptide rod with ten inches accidentally snapped off the tip!) line-clipped for accuracy, I put in a gallon of pre-soaked chipped corn, half a gallon of well-boiled hempseed and three pints of casters and frozen maggots. This was over the top of around thirty spods of layers mash. I also spodded around fifty boilies, as there are Carp present. As the wind speed increased and sky darkened, I questioned my decision to spend a long session with only a carp chair and brolly for comfort! Fishing over silt and light weed growth, I opted for “chod-rigs” baited with a selection of corn (“popped-up” and otherwise), a maggot ring, and the “wild card” boilie option for a stray Carp or really large Bream.

With the un-avoidable disturbance of the spod bombardment finally over, and rods accurately cast over the bait and settled on the pod, alarmed and clipped to drop-offs, we could now concentrate on the customary tea and bacon sandwiches. The carpet of bait was out there, my rigs were up to standard, baits either carefully popped up or neutral buoyancy, all good, and it was now up to the fish! 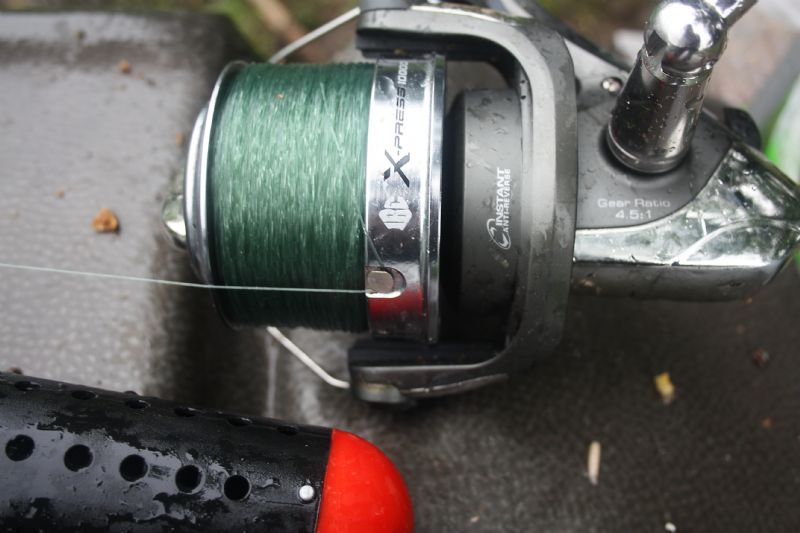 Sounds obvious, but clip up when spodding for total accuracy

From early morning until late afternoon, the alarms failed to chirp, not even a line bite which was slightly worrying. Having committed myself with the carpet of bait, there was no advantage in moving. My only concern was the now driving wind and constant drizzle, only intermittently broken with heavy showers, that was slowly working its way through my clothing. With body temperature falling, I was staring into the depressing face of a disastrous trip!

By late afternoon, doubts of seeing a fish were now infiltrating the synapses of my numb brain, when the fishing gods finally stepped in. Deciding that I had suffered enough punishment it seems, the vibes from my alarm receiver let me know the left hand rod had some interest and I was soon playing a small Bream. At this stage, I didn’t care what size, it was a fish and I was extremely grateful. The Penn affinity was sweet by the way! 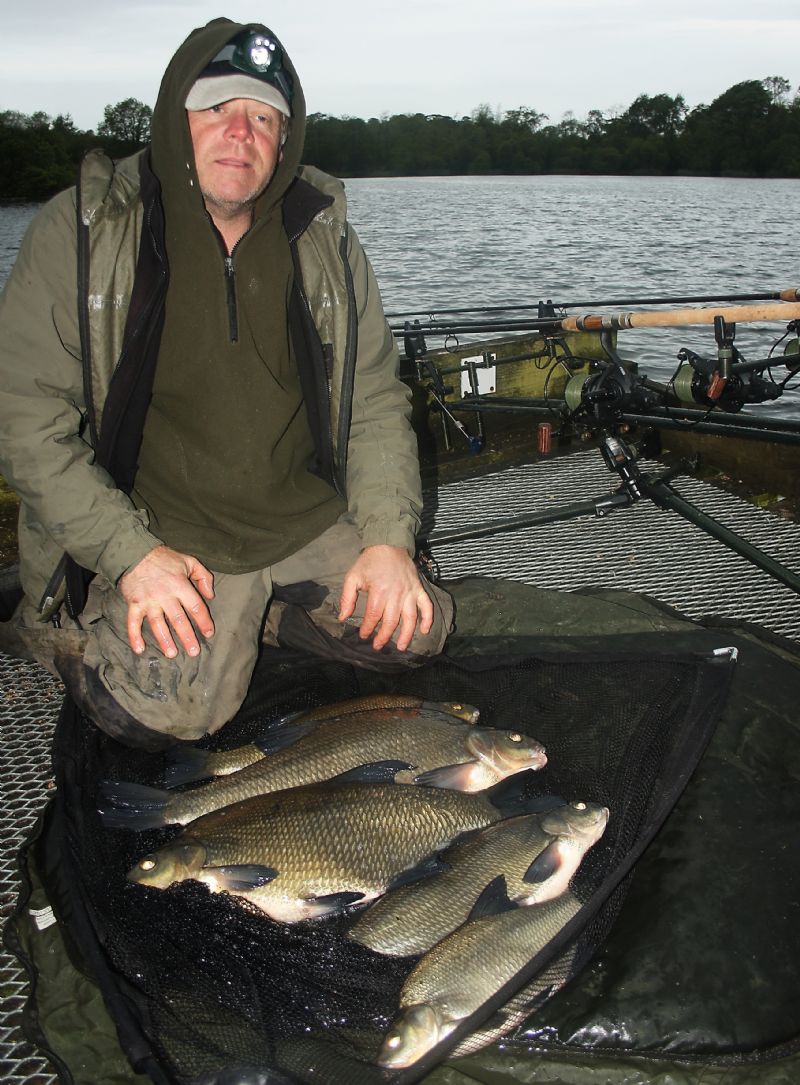 This session was a ball-breaker, as you can tell by the look on my face, but great to achieve

Could this be it? All that time and effort for one small fish? I suppose I should be thankful as the lads were also struggling to catch. At least this little bit of activity had the blood flowing again, and I began to get some feeling back into the fingers! It’s the beginning of June and I’m suffering from hyperthermia! This was the Japanese Endurance show I mentioned in the first paragraph.

Cry and you win, an old angling term used often. With all the whining going on, another alarm signalled and another Bream to the net. This one being a touch better at six and a half pounds. A dropped run on the boile rig next, possibly a Bream trying its luck but will never know, although I doubt it was a Carp. Two more small Bream followed, then a decent fish that pushed the scales round to just under the seven and a half pounds specimen barrier, a near miss but lovely to see all the same. As rapidly as the fish appeared, they moved on again. This is when the personal analysis begins. Too much pre-bait introduced? I seriously doubt it. Not enough? Quite possibly. If I was staying longer, I certainly would have “spodded” in some more particles once the bites had stopped, in an attempt to kick-start the swim again. However, the cold rain and blustery wind had worked its magic and I’d had enough. Ok, not a specimen, but a 7lbs 6oz slab is still a good fish, especially under rough conditions

Trying to smile for the camera with my catch just wasn’t going to happen. Yes, delighted to catch under difficult conditions but too cold and bleeding miserable to do so! What happened to those balmy Bream days I remember so well from yesteryear? Maybe it’s just that I’ve forgotten the bad days and only choose to remember the highlights.

On a positive note, the Penn 7000 LTD’s were bloody brilliant. Smooth, perfect line lay, excellent casting abilities and look the dogs! Having used the previous 7000 model over the past three seasons with no issues whatsoever, I have full confidence in the new ones, and the added “live-liner” is a welcome touch. I’m loving them and now need to christen them on something a little larger. I hear “The Lough” calling me, watch this space. I never thought I would ever buy a carp barrow, but on this occasion, I can see the full benefits. Any prolonged angling session for Carp, Bream, Tench, Roach or whatever involves so much equipment its mind boggling. I’ve thought about it a great deal, and despite cutting the gear down to an absolute minimum, you still require rods, rod-pod or rests of some description, something to sit on, something to keep out the elements, a spod rod for feeding distance, an un-hooking mat, end-tackle, bait, my god, and more bait, food and drink, weigh sling, weighing scales, camera, already I’m groaning under the weight! Over reasonably good ground, the barrow was a god-send. Already, Andrew and Simon are contemplating a purchase, and they are half my age, enough said!

More info on tackle mentioned in this article...