Although there are several salt water Bream species in Irish waters, the Gilthead as its name implies, is easily identified by the bright, gold coloured bar that runs horizontally in a direct line between the eyes. The head is rounded and reasonably stunted; the flanks are silver leading on to a darker back, with tinges of gold running through. Some individuals have a small red patch on the gill covers. 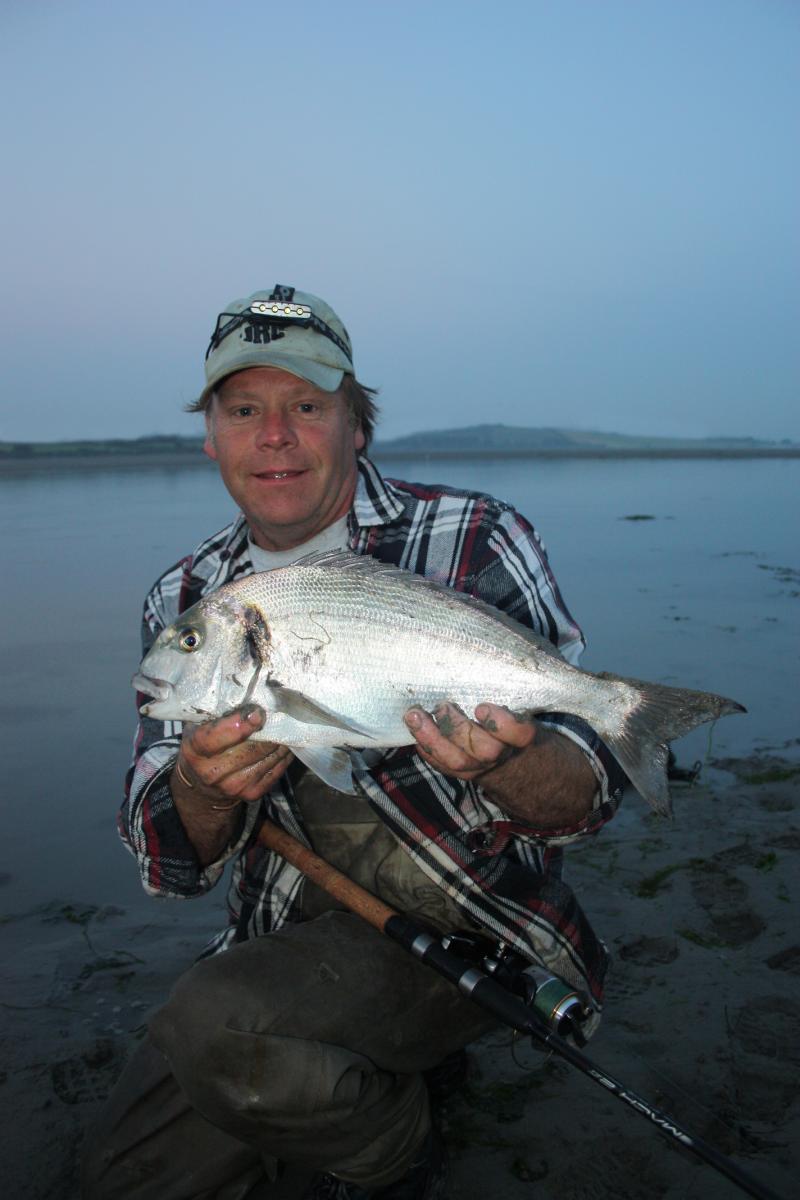 Gilthead Bream are one of our relatively new arrivals to Ireland, originating from warmer climates, and in particular, the Mediterranean Sea. They are a welcome, natural addition so far, as they do not seem to have any adverse effect on our native fish, and make a fantastic target species for the in-shore boat angler and shore angler. In 2013, I managed to locate, hook and land my first Irish Gilthead (I had previously caught them in Slovenia), and what an amazing experience it turned out to be. These guys can battle, and on light tackle, are every bit a challenge as any other species I have caught in Ireland.

The initial hit is electrifying, and the sheer turn of speed this species is capable of is breath-taking. I am now at the stage where I can’t wait for the summer months and head for another “Gilty” adventure around the shores of west Cork. 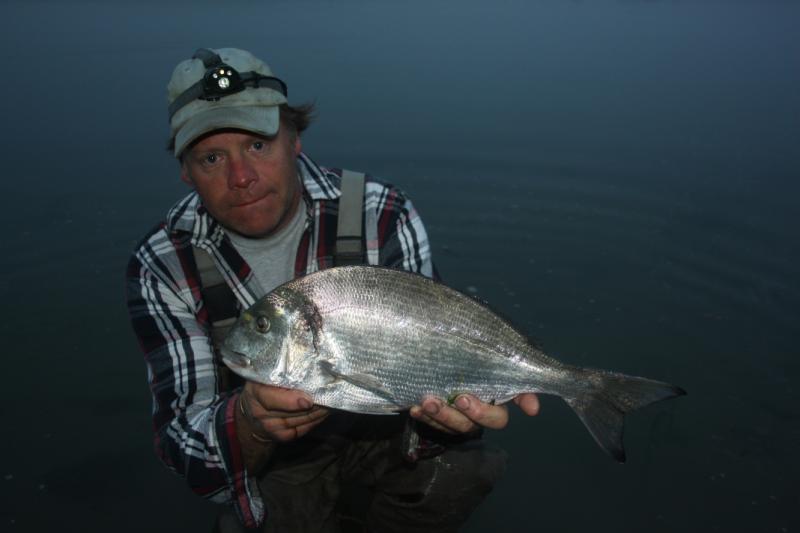 As a warm water species, they will not show around Ireland until the sea temperatures begin to rise, usually around April-May. By mid-summer, the “Gilty” season is in full swing, and they hang about in varying numbers, before disappearing once again as the sea temperatures fall in late autumn.

Gilthead have a naturally varied diet. Strong mouth-parts, pointed upper-teeth and molar-like lower teeth suggest a food source of prawn and shrimp, crustaceans and marine worms. They are regularly taken on peeler crab, lugworm and bunches of small ragworm or “maddies” as they are known in some places. I have heard of several fish taken on the fly, which would be mind-blowing, but I cannot verify this at time of writing. Possibly small fry patterns or shrimp imitations, I don’t see why not. 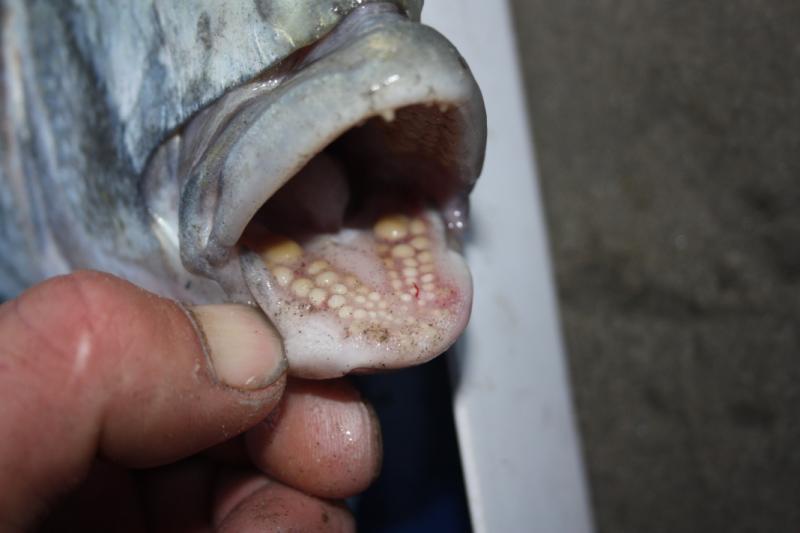 I targeted and caught “Gilts” on very light carp tackle in quiet estuaries, and the kit felt perfectly balanced and sporting for this type of angling. Using a scaled down, two-hook paternoster, a one ounce lead and fresh lugworm did the trick on that occasion. Plenty of Gilthead are taken from surf beaches, and standard beach gear is fine.

Hooks should be reasonably strong, around size 1 and extremely sharp. My preference was Kamasan Aberdeen style, but anything similar that you trust will do the job. Obviously there is a real chance of hooking other species such as Bass or trigger fish in the same areas, so bare this in mind. When I caught my Gilthead, on two occasions one of my 10lb b/s snoods was cut, as if by scissors or a knife. I had to step-up to 20lb snoods to stop it, but never found out the cause of the problem. It was a possibility that I ran into a shoal of Trigger fish, I can’t think of any other reason while fishing in a sandy lagoon.