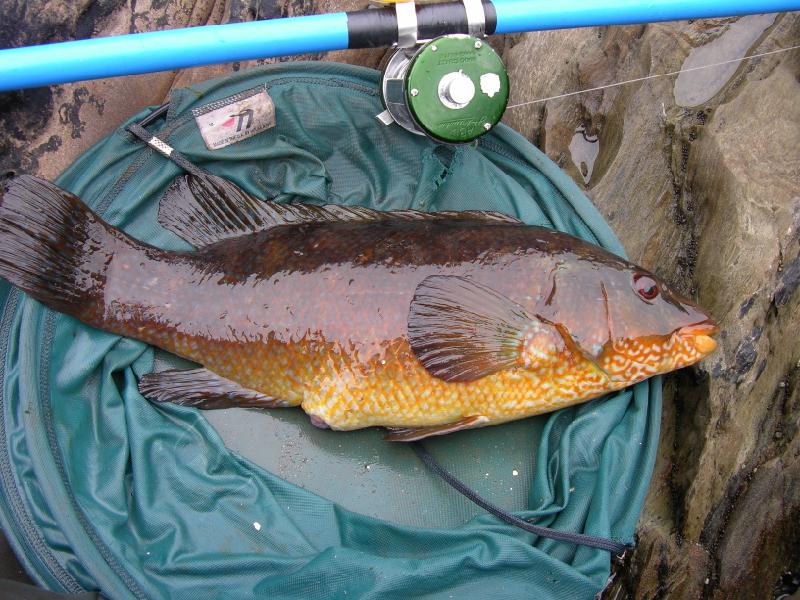 Populations of Ballan Wrasse to greater or lesser extent can be found around almost every rock mark in Ireland. Off-shore reefs and wrecks, along with in-shore gullies and kelp beds are all excellent hunting grounds for Ballans. They come in an array of colours from dark brown to stunning blues and greens, allowing them blend in extremely well with their habitat of rock, boulders and kelp beds. The larger Ballans are an exceptionally powerful fish that dive deep into the Kelp weed when hooked, and are fantastic sport on light tackle. As with all fish they should be handled carefully and gently returned to fight another day.

Any rocky headland is capable of producing large Ballans although the South and West coasts are renowned for the bigger fish. Slea head on the Dingle coastline, Hook head at Waterford, Ramore head and the Skerries at Portrush, and even Portaferry on the Ards Peninsula have seen large specimens over the years. On a recent boat trip out of Kilmore Quay, Co. Wexford, I was amazed at the number of large wrasse caught and returned in one day, a new record must be on the cards from this area in the future. 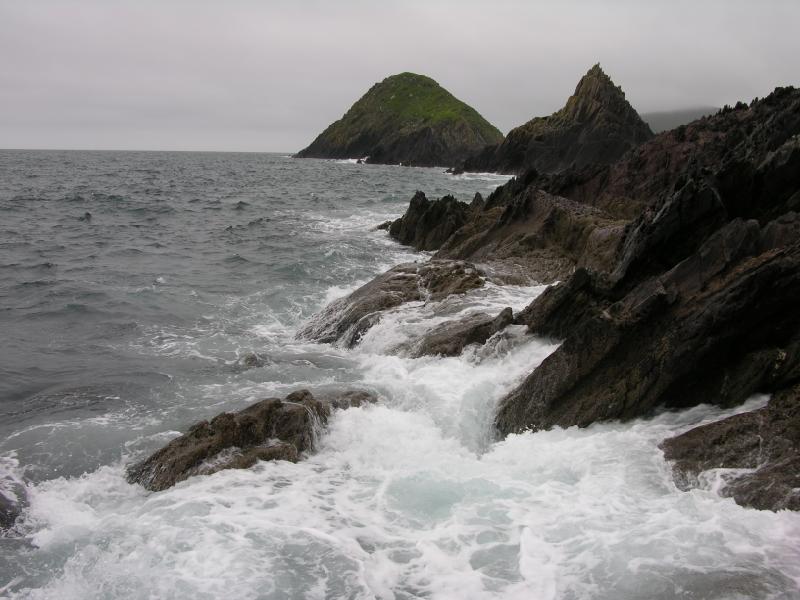 The wrasse season is quite long, stretching from May to November. There is some dispute over whether Ballan wrasse move into deeper water during the winter months or just hibernate in the same areas. Whatever the conclusion is, wrasse fishing deteriorates dramatically once the sea temperature drops. As with most sea angling, the warmer waters of our southern shores allows for an extended period of Wrasse angling. 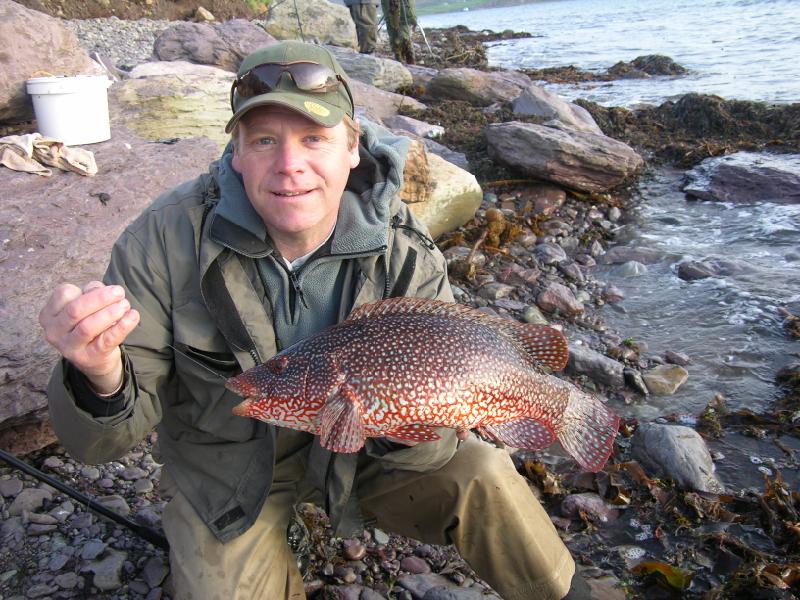 Ballan wrasse are known to eat a wide variety of natural food source found living among the rocks and kelp beds of our in-shore waters. This includes small mussels, marine woodlice, marine worms, crabs, sand hoppers and even other fish. Ragworm has to be the top bait for Ballan Wrasse if you prefer to target large numbers of fish, and Lugworm can also work well. Crab baits seem to sort out the bigger specimens. Anglers targeting Bass, using light tackle and small deep-diving plugs have reported hooking large wrasse, and I have caught a handful over the years whilst fly fishing for Pollack. There is currently a growing trend in “light rock fishing” and many Wrasse succumb to jigging small lead-heads and “jelly-worms” etc. 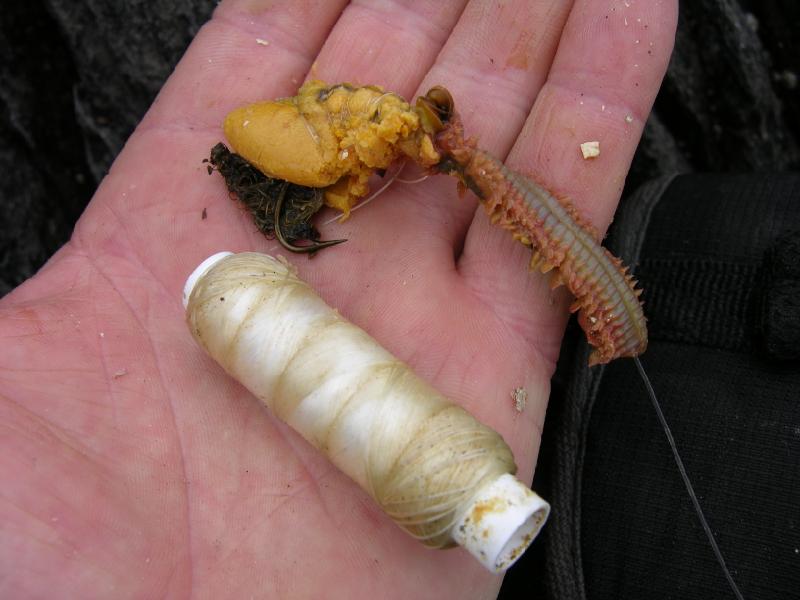 One of many bait combos, mussell and ragworm cocktail

On a boat, ragworm baited feathers are favourite, or, if the venue isn’t too “snaggy”, a boom with a small attractor blade baited with ragworm can be lethal. From the shore a Paternoster rig baited with Ragworm or a small shore crab works well, and if the weather is suitable, float fishing can be very rewarding. Keep rigs simple and cheap with a lighter line link to the lead known as a "Rotten bottom" as tackle losses can be heavy in this terrain.

Hooks need to be a strong pattern, as I have seen lighter Aberdeen style hooks straightened by larger Wrasse. They will dive for cover once hooked, and the initial burst for freedom can be almost un-stoppable, however, usually after three or four powerful efforts, the Wrasse will tire. If you fail to stop the initial run for safety into the kelp beds, it can be extremely difficult to extract the fish, and normally requires a long, drawn out battle of wits, usually resulting in a one nil result in favour of the Wrasse!