Spur dog are a small member of the shark family, and are easily recognised by the pair of “spikes” situated along the back of the fish, directly in front of the dorsal fins. These “thorns” are razor-sharp and have the capability to inflict a painful wound to the unwary angler. Their teeth, although small are also razor-sharp as you would expect from a predatory shark, so handle with care, and as with all species, quickly return any captures to the water. The under-belly is light in colour, leading to grey flanks and back. In some cases, this may be brown. 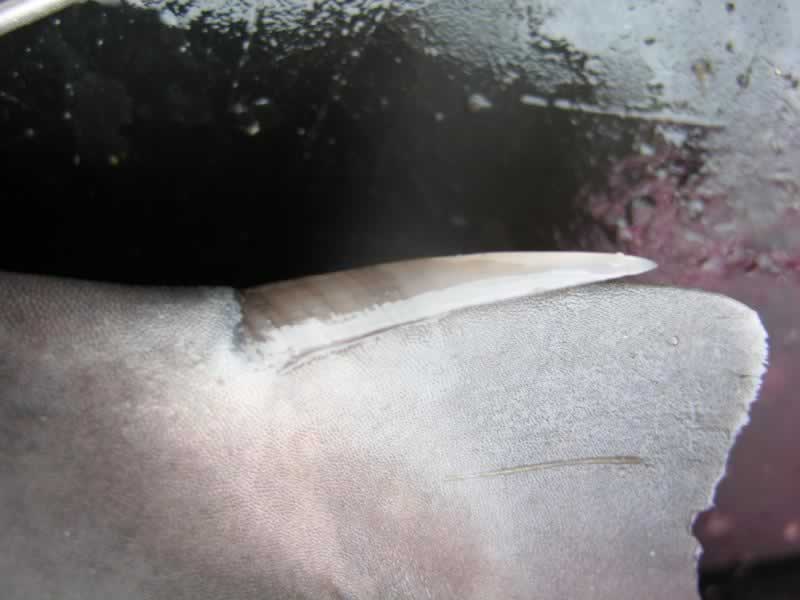 The tell-tale spine, one on each dorsal. These can be razor-sharp, so bare this in mind when handling 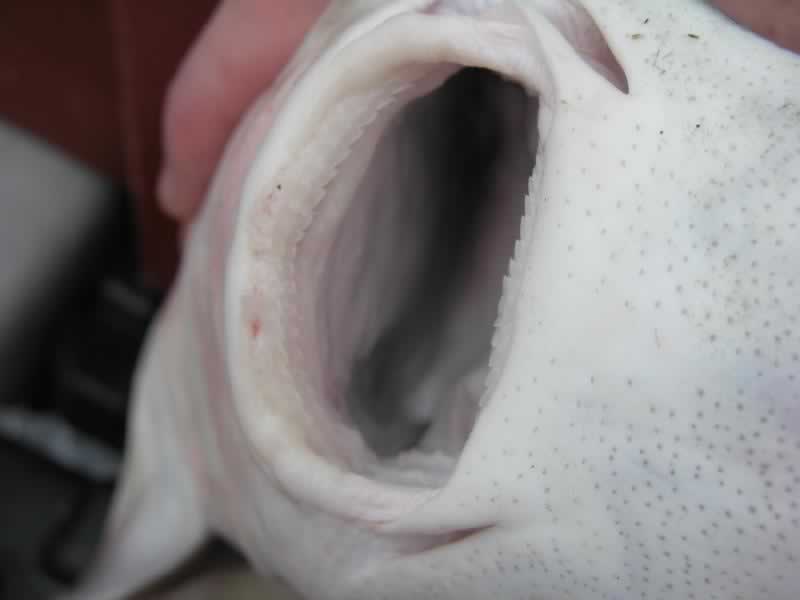 Teeth are small, but surgically sharp, and inter-lock

Spurs were around in large numbers in the 1970's, so much so that some anglers considered them a nuisance. Since then, commercial pressure has caused heavy losses to this species and they were lost to our coast line for over a decade. However, with limited but extremely necessary protection recently put in place, they are making some resemblance of recovery. 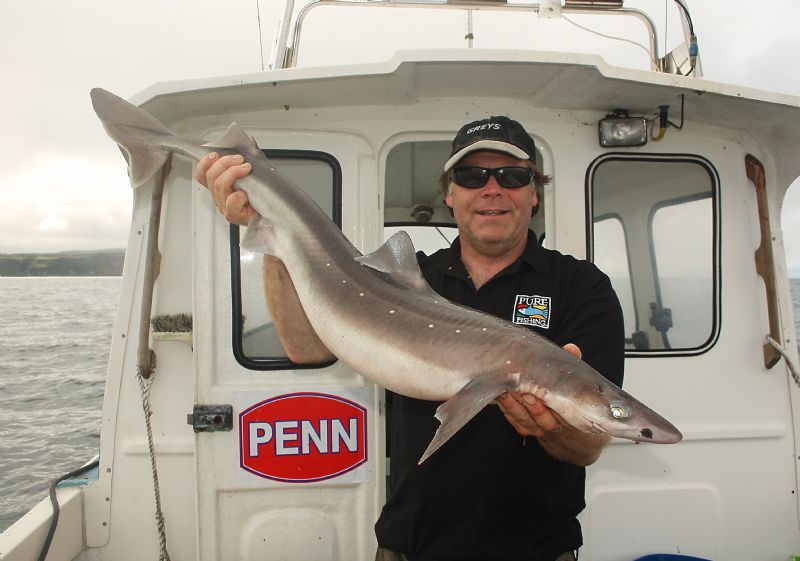 The north coast offers the greatest chance of running into a pack of Spurs, where they can be found on numerous marks dotted along the coastline from Downings in North Donegal and travelling south through Antrim into County Down and beyond. Off-shore marks out of Wicklow produces specimens as does Kenmare Bay. 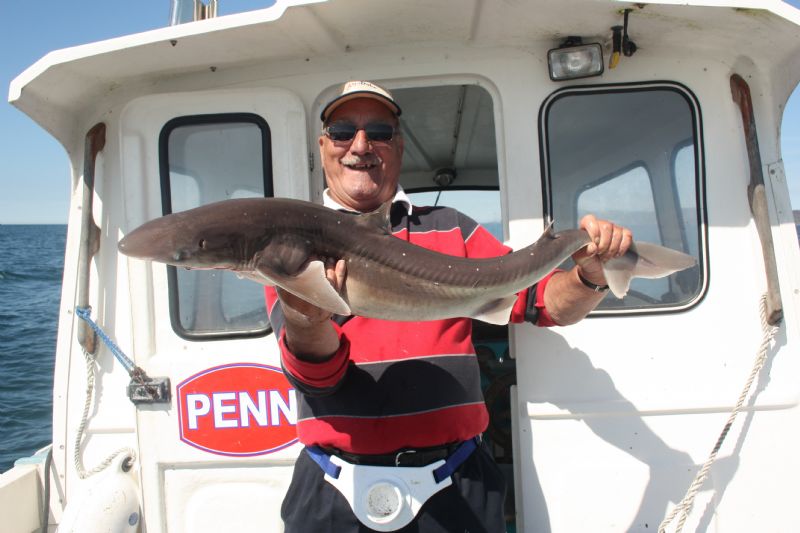 Dessy Young with a specimen Spur

Personally, I have taken Spur dog in every month of the year, but prefer to wait for the settled, warmer summer months when conditions are pleasurable rather than a test of endurance! There are usually larger numbers of fish and reasonably good supplies of bait-fish to be found from summer through to late autumn. 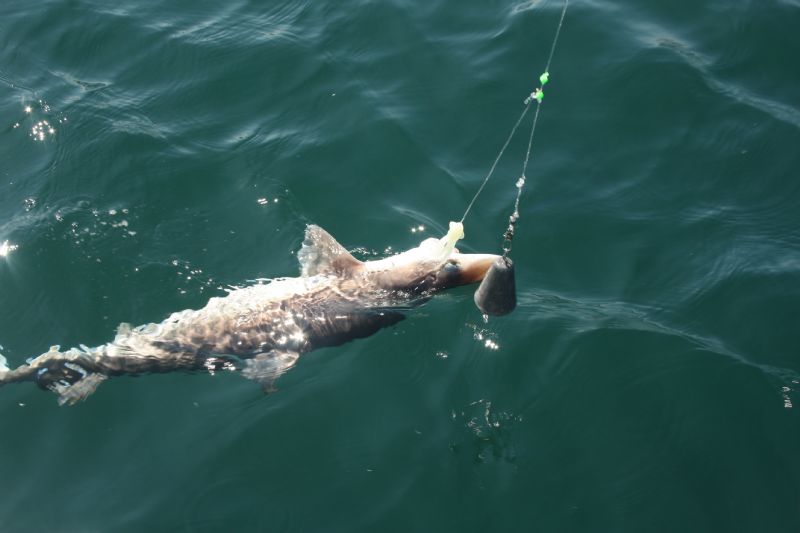 Another makes the surface before quick release

The best bait by far is fresh Mackerel fillets or flappers, followed closely by whole calamari squid. Having said that, I have caught plenty of Spurs on fillets of Rainbow Trout, whole Whiting, Launce, Coalfish, Pollack fillets and even whole Roach! 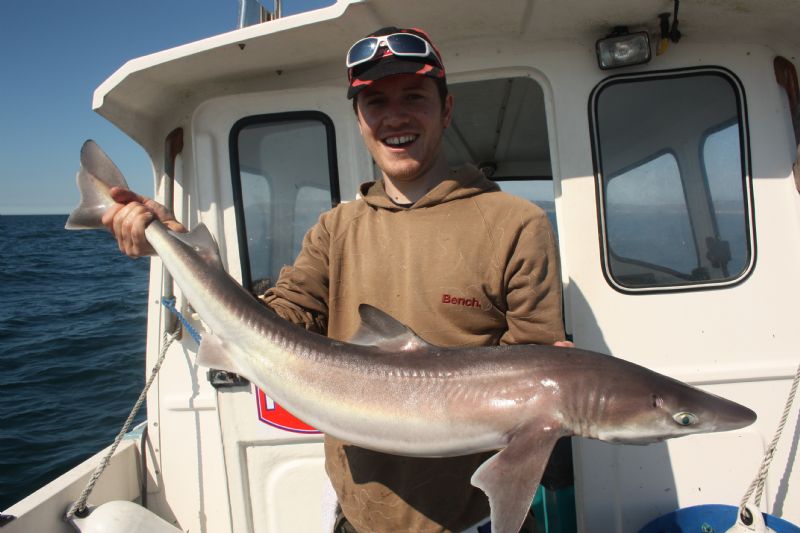 Andrew Wolsey with a fine specimen

Standard paternoster rigs are the simplest method, especially as most Spur dog angling is carried out in extremely deep water. A flowing trace will work fine, but will also take an age to hit the bottom as it is carefully lowered through the depths to avoid tangling, unless there is a tide running. Rigs must be constructed with heavy nylon to stand any chance of bringing a large Spur up from the depths. I would not use any less than 150lb b/s for the main rig body and the snoods, as the razor sharp teeth and dorsal spines will cut through lighter line in a heart-beat! 6/0 hook size is about right, in heavy gauge wire as you never know what may turn up. 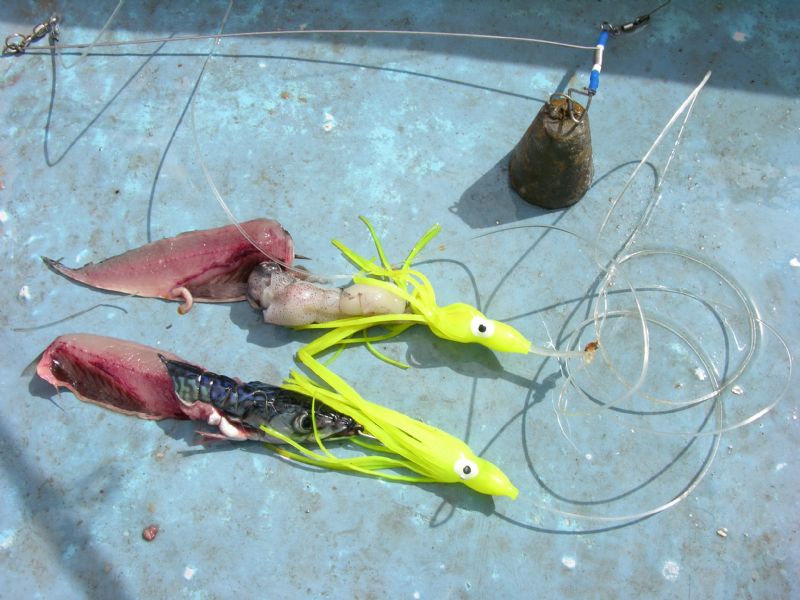 No reason why bait should be small!

Yes, you will land a Spur on lighter gear, but when you find a pack of fish below the boat, normal gear won’t last five minutes I’m afraid. Rods should be at least 30lb class, mostly to handle large lead weights (2lbs-3lbs!), fierce tidal currents and extreme depths. In many of these areas, there is a real chance of hooking into a Common Skate as a bonus, and this should be thought about when choosing a suitable rod and reel. 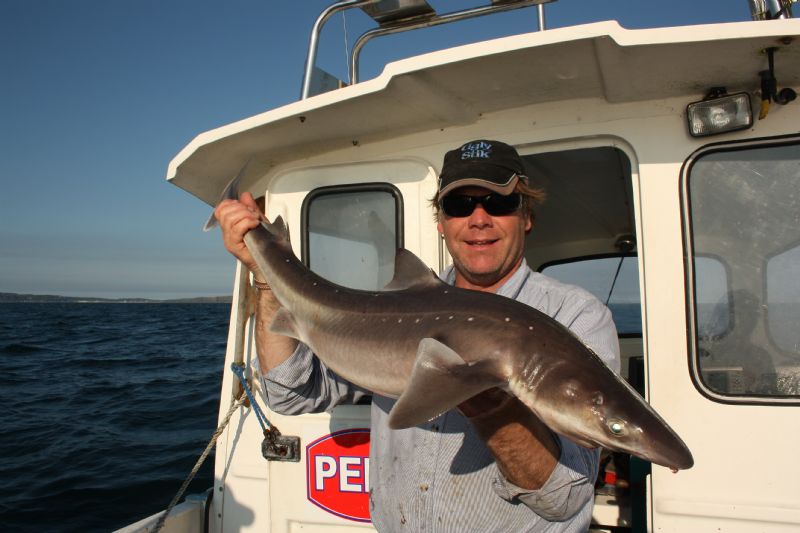